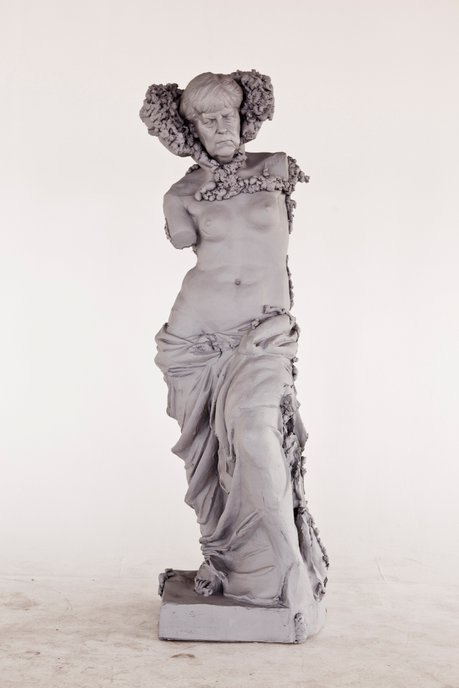 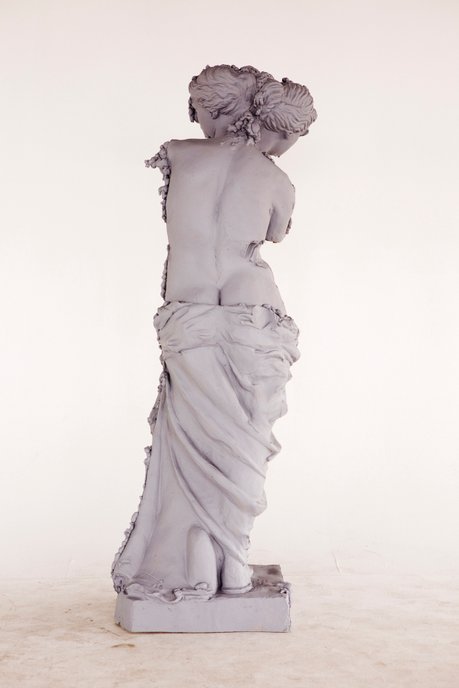 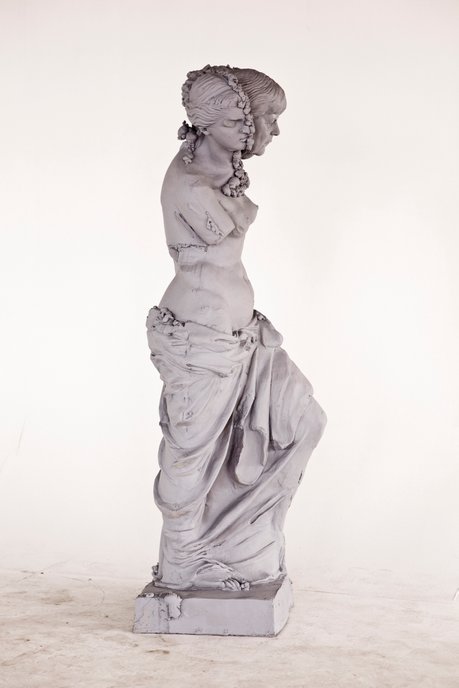 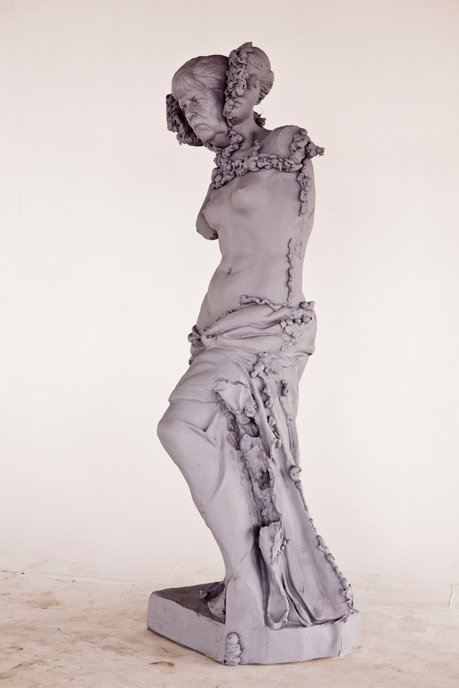 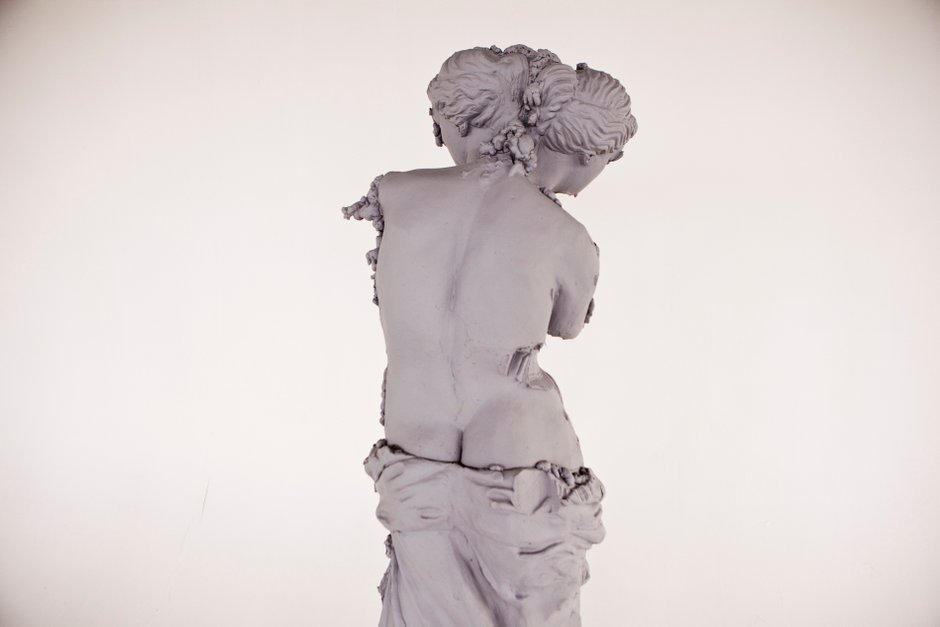 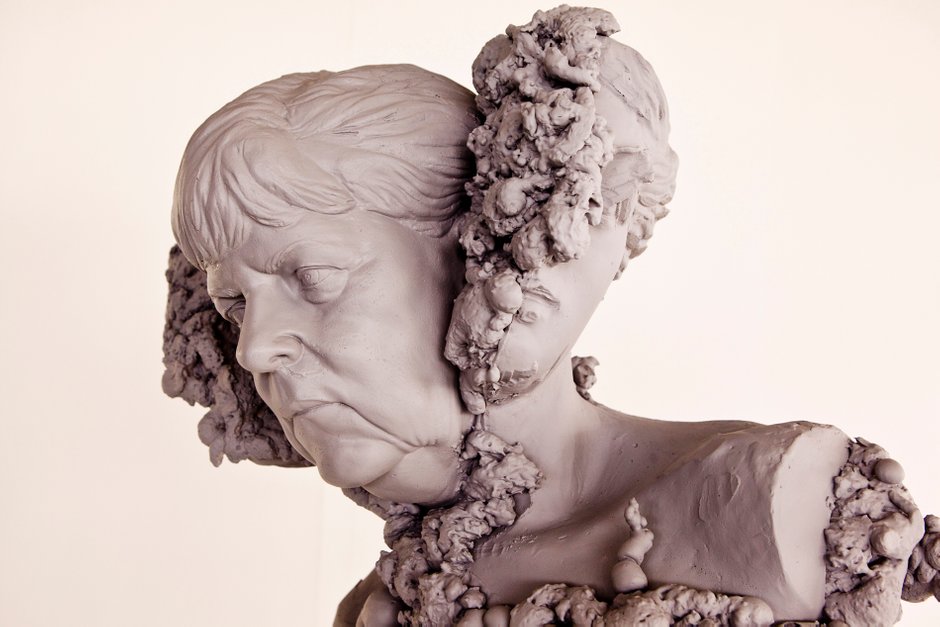 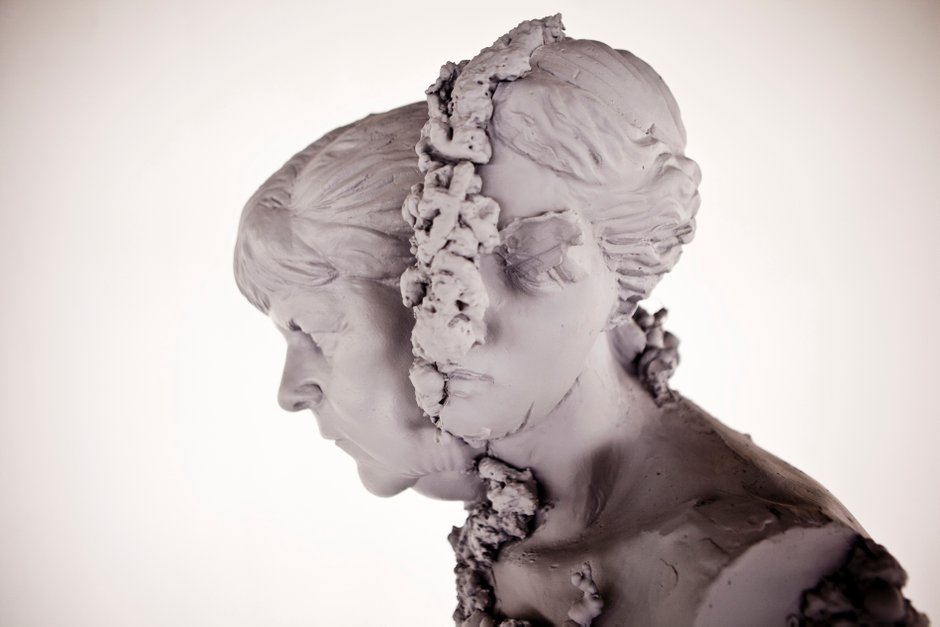 While wars in the past have been fought with weapons, it has been said that WWIII will be fought with the banking system.If this is true, we are at a turning point that could see politics allow for the colonization of nations by those who hold them in debt. Venus von Hamburg represents an immediate response to financial crises and inequalities that are reaching a breaking point in Europe and have prompted grassroots movements within the United States and Europe. Within Venus von Hamburg, the great Greek beauty Venus de Milo is distorted and disfigured. Her fate is no longer controlled by her people, but her uncertain future has been dictated by politicians and executives.

Venus von Hamburg highlights the often overlooked humor and aesthetics within contemporary issues, conveying a politically-charged, yet ultimately objective image. Their goal is to present dichotomies-good/bad, moral/immoral, legal/illegal-allowing the audience to steer their own observations and conversations. Within their sculptural collage, Bors & Ritiu not only appropriate an historical image, but also rework one from a prior project of theirs, playing with how images can be used and re-used within ever-changing and ambiguous contexts. Exploring their own Romanian heritage and its relationship to the European Union, Venus von Hamburg represents an immediate response to crises within the financial system.