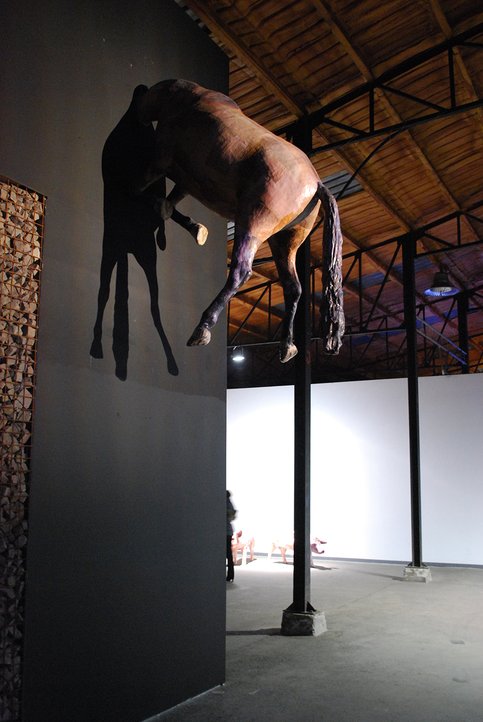 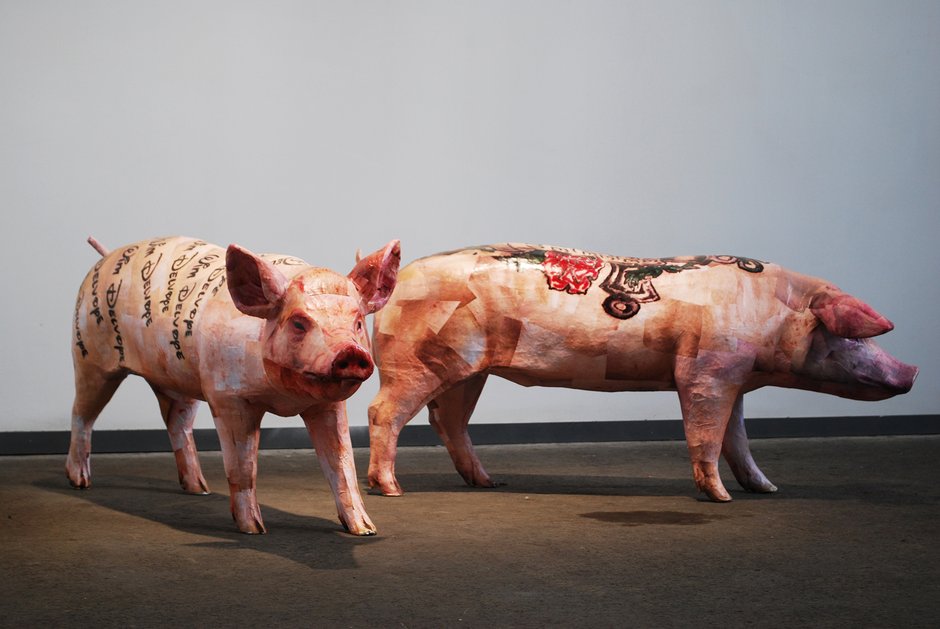 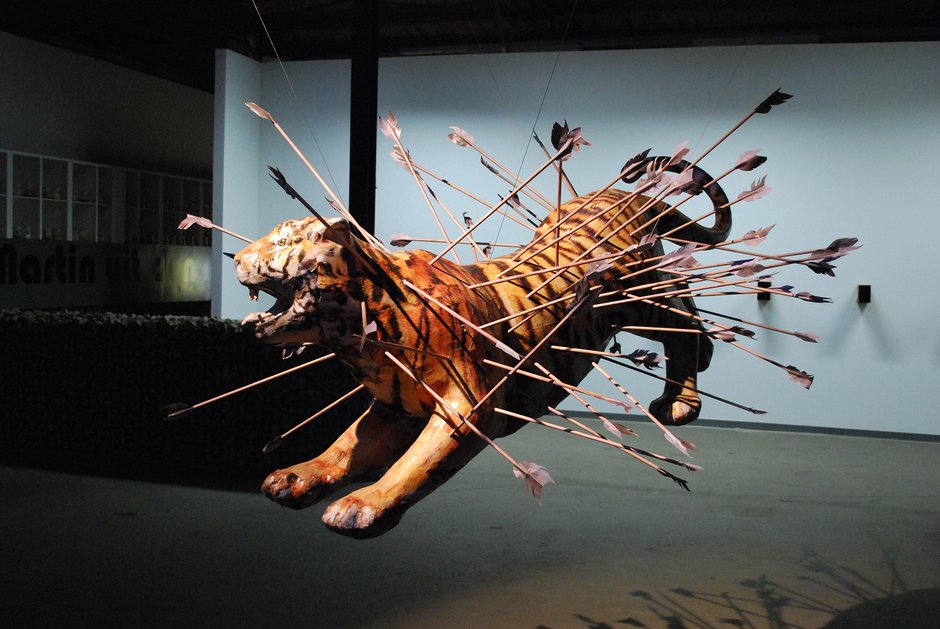 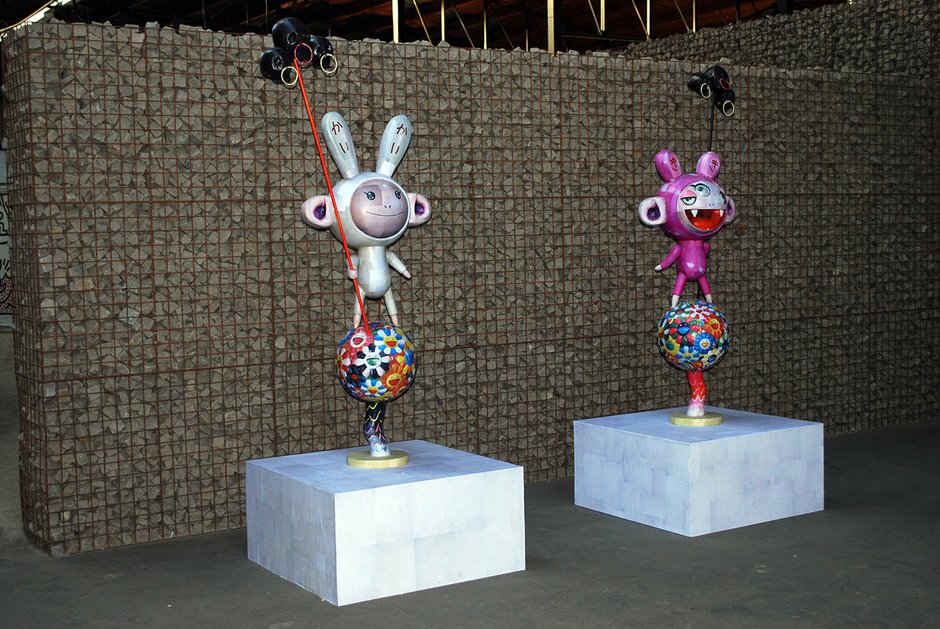 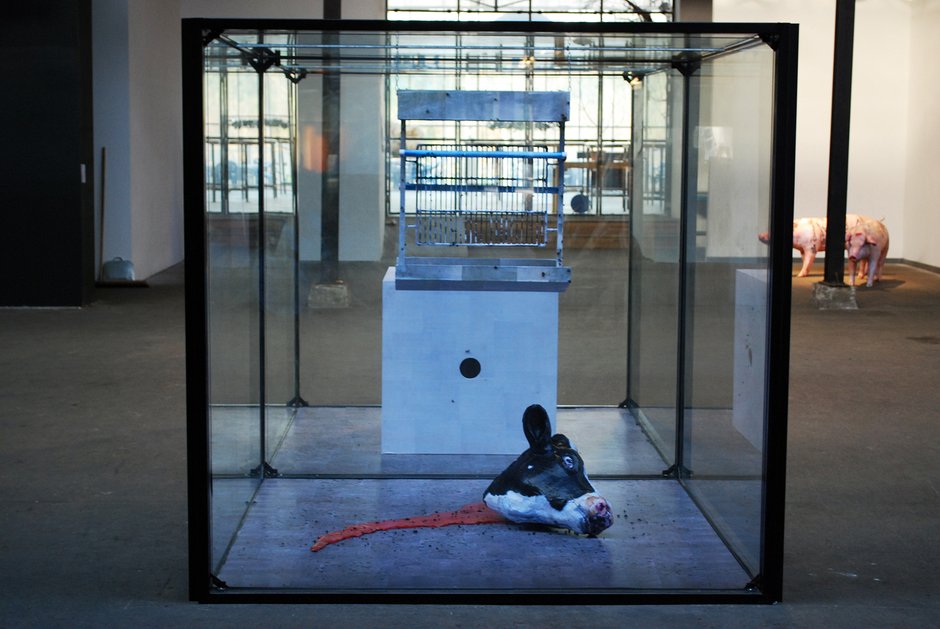 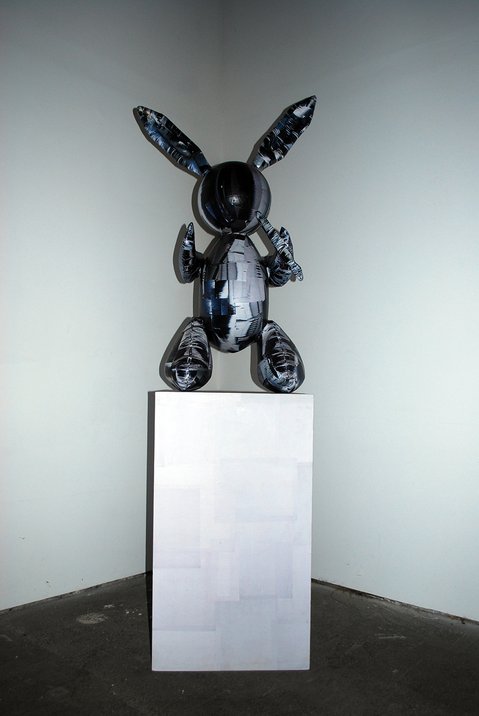 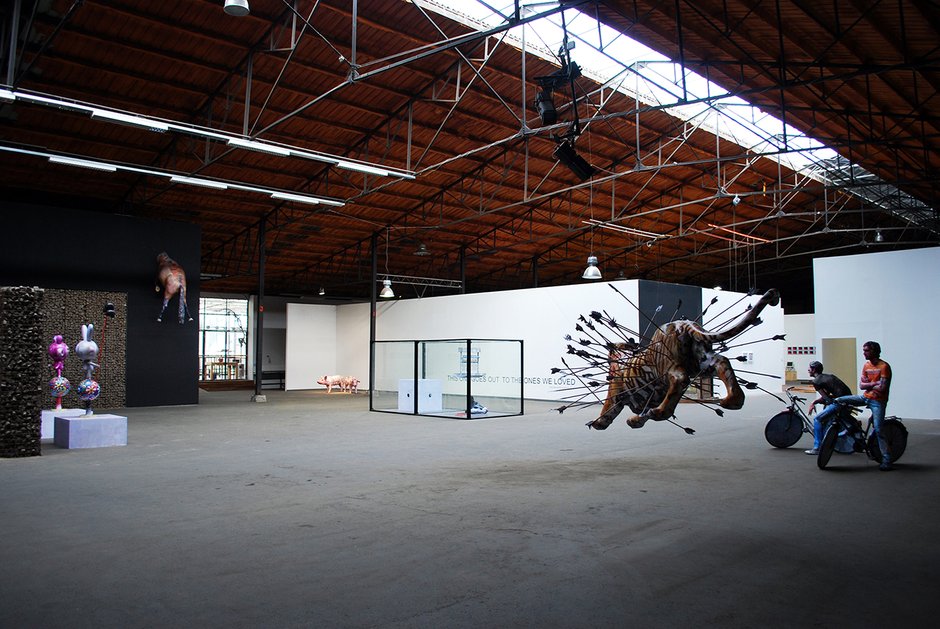 The installation This One Goes Out to the Ones We Loved by the Romanian artists duo Cristian Bors & Marius Ritiu has been created as the central piece of the exhibition Certified Copy. The exhibition was an investigation into the notions of copying and cloning and was held in the Verbeke Foundation (Belgium) during the winter of 2010-2011. In 2010 Cristian Bors & Marius Ritiu just arrived from their native country to Belgium. The installation that dates from that year, comments upon the precarity of their social situation as Romanian emigrants in a Western country. The work is the first of a series of pieces reflecting on the prejudices a lot of Western citizens express against Romanian emigrants. As they were frequently assimilated with gipsies and considered as thieves, Bors & Ritiu decided to truly embody this identity they were associated with by stealing the artworks of some of the most famous and commercially successful artists in the Western art world and presenting their copies in an art institution. The choice of the works was made in order to please Belgian art collector Geert Verbeke, founder of the Verbeke Foundation in Kemzeke, Belgium. Verbeke supports so-called bio artists and collects artworks made with living organisms. Bors & Ritiu made realistic life size copies of the following original artworks : a stuffed tiger by Chinese artist Cai Guo Qiang , an inox rabbit by Jeff Koons, fantasy organisms by Takashi Murakami, two stuffed tattooed pigs by Belgian artist Wim Delvoye, a decaying cow head by Damien Hirst and, last but not least, a stuffed horse by Italian superstar Maurizio Cattelan.

For this project, Bors & Ritiu used a plaster moulding technique they were familiar with onto which they afterwards glued color prints of the photographs they made of the original artworks. Bors & Ritiu were not so much copying the artworks rather than the strategy and the attitudes these artists develop to become famous: trying to shock in order to get press attention and become famous. In a way, their project generated the same effect: the Belgian and international press wrote various articles about their project, while different art institutions contacted them to create new projects.