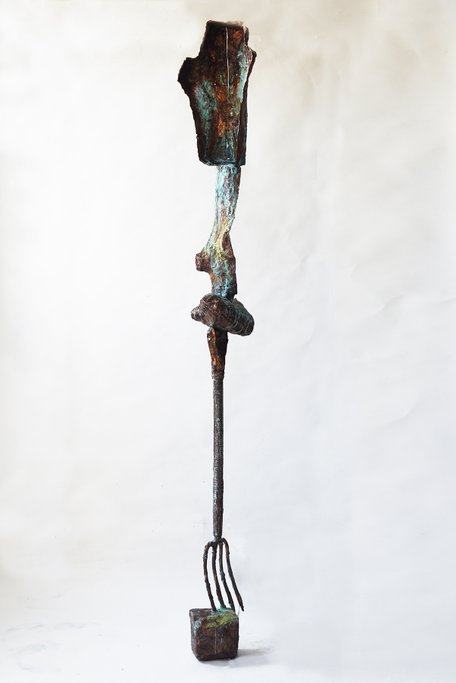 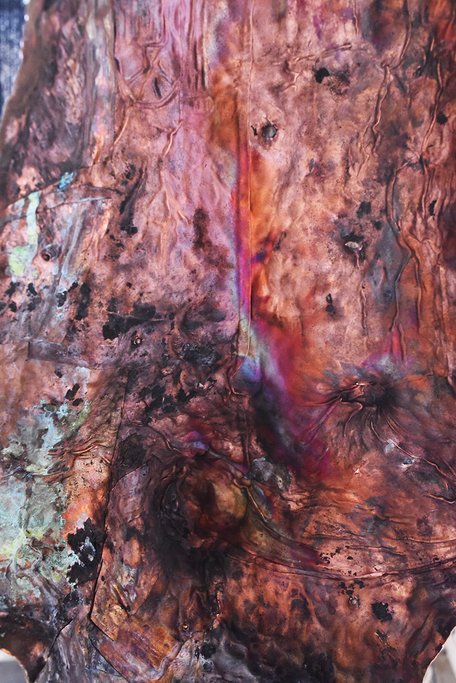 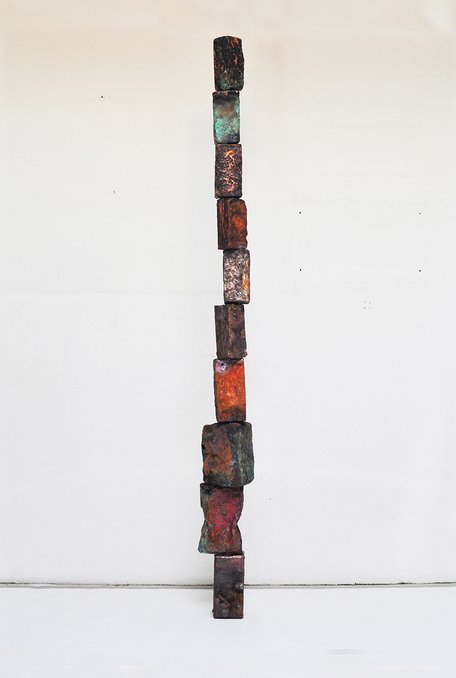 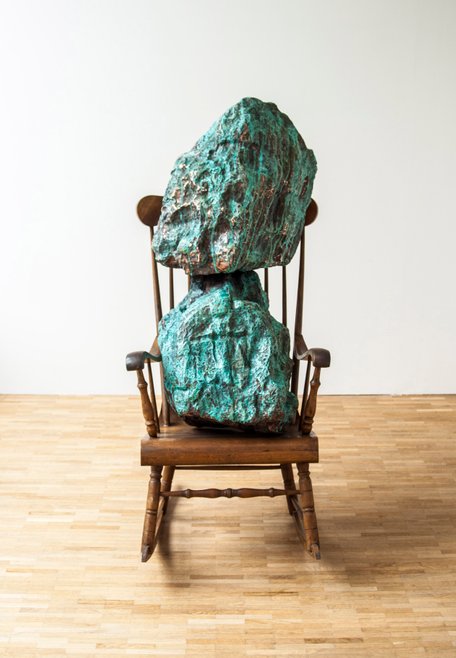 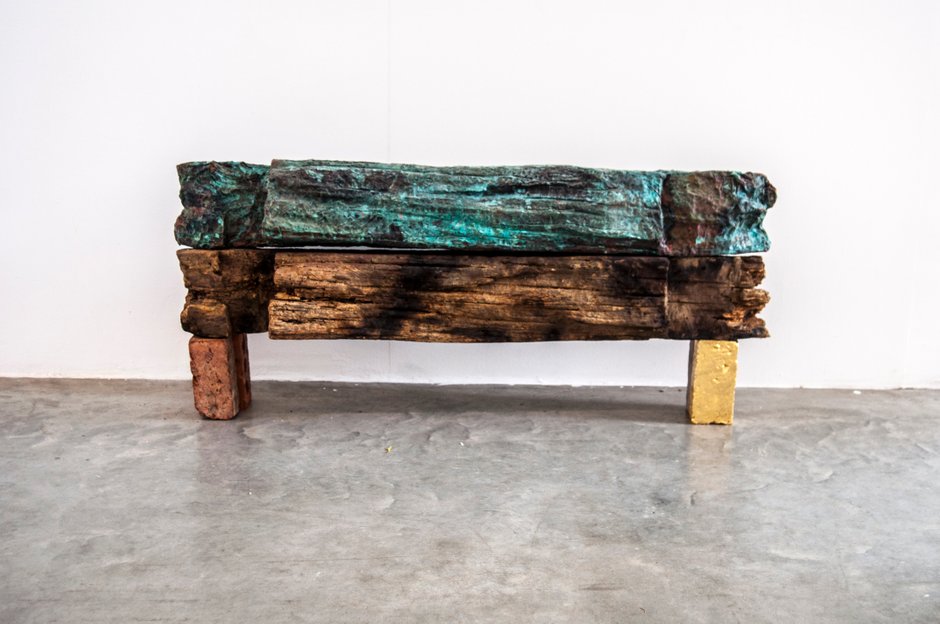 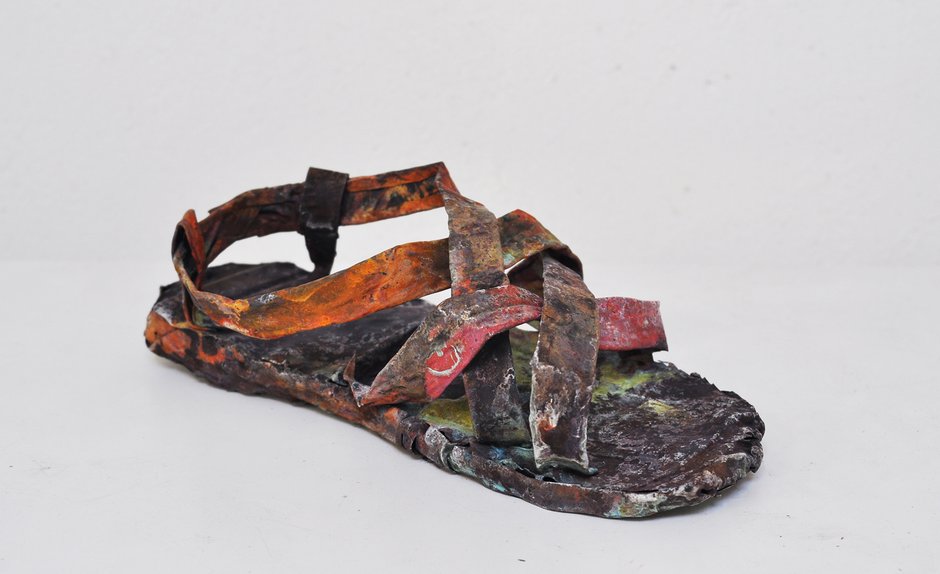 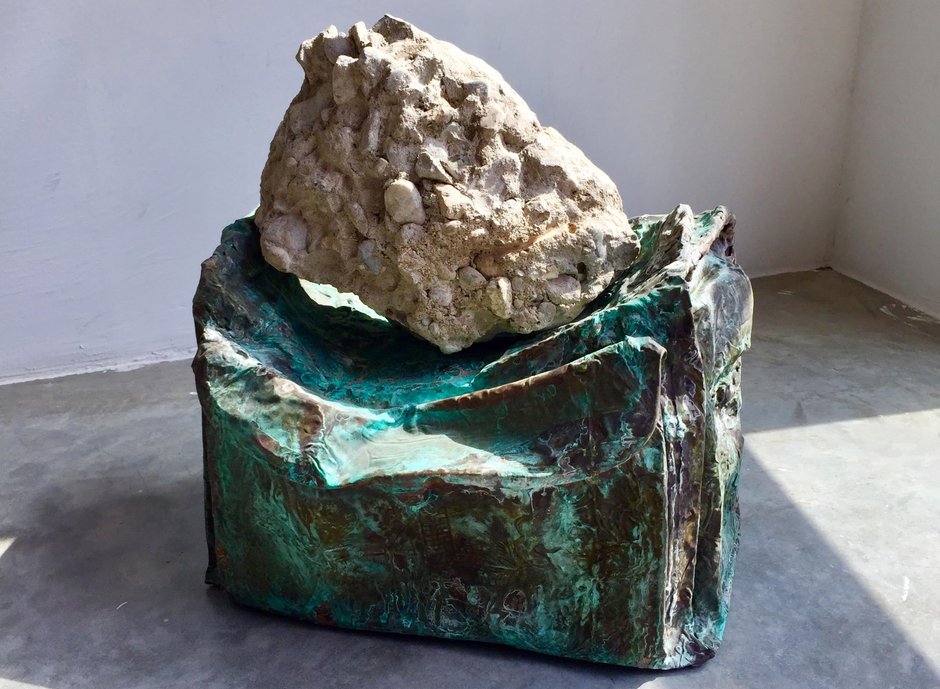 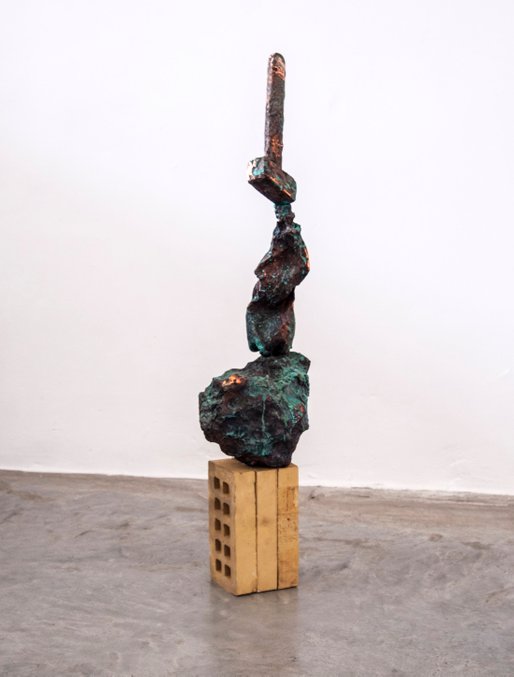 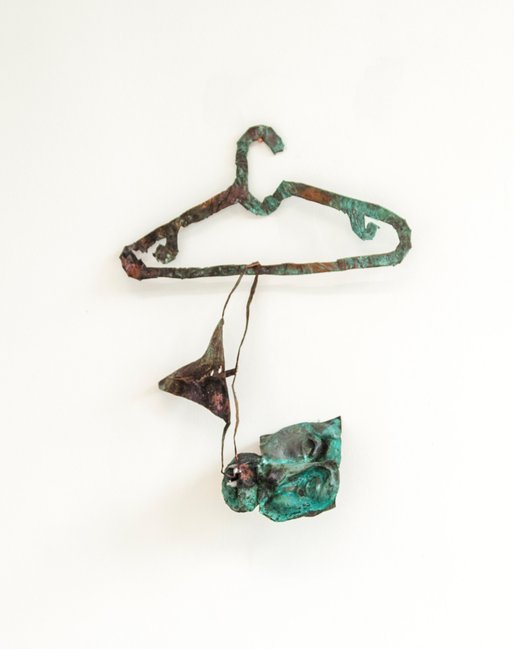 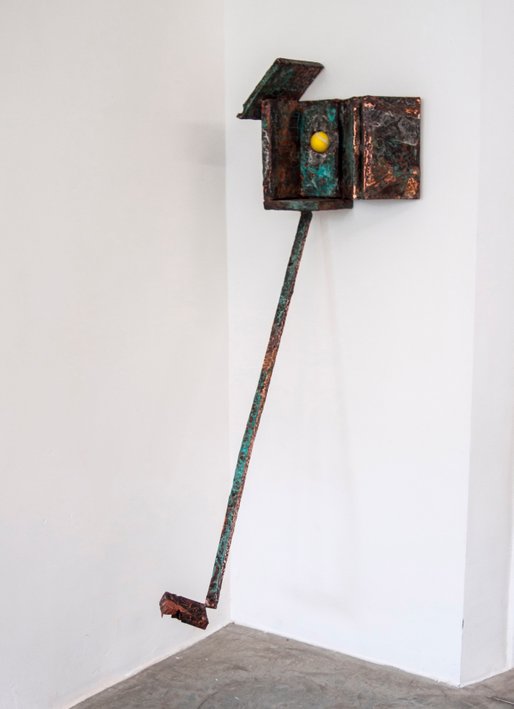 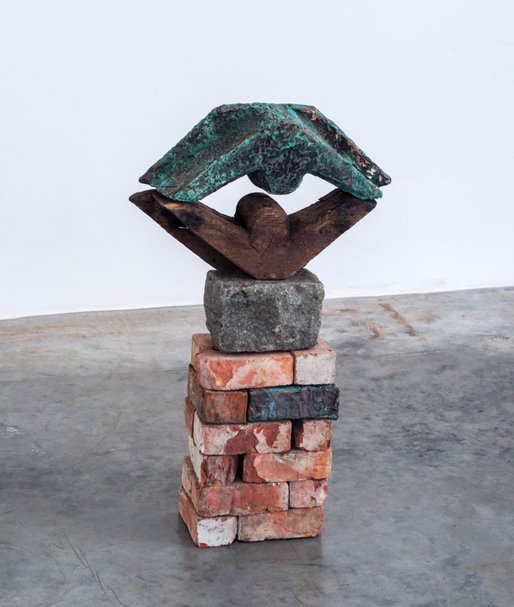 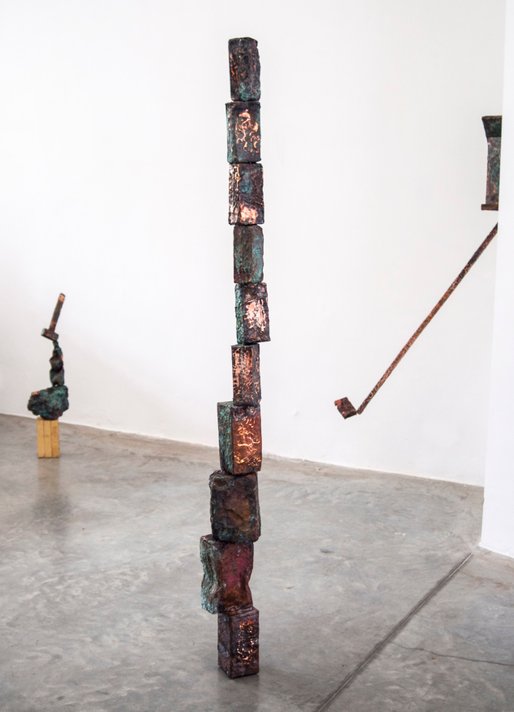 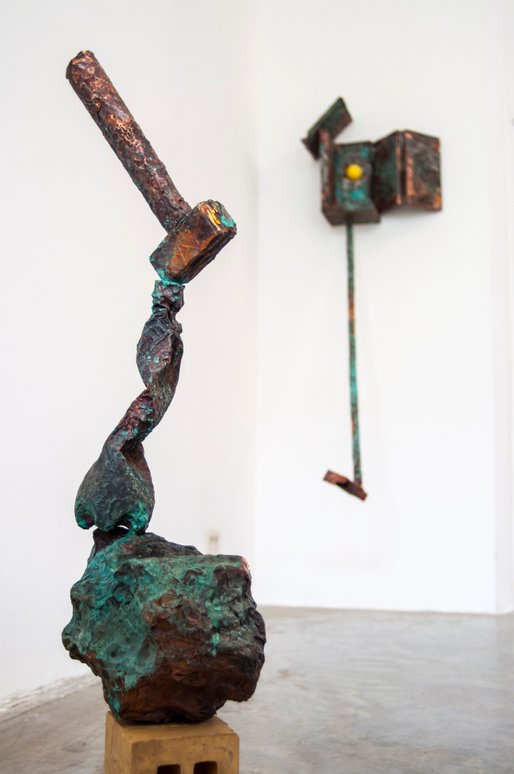 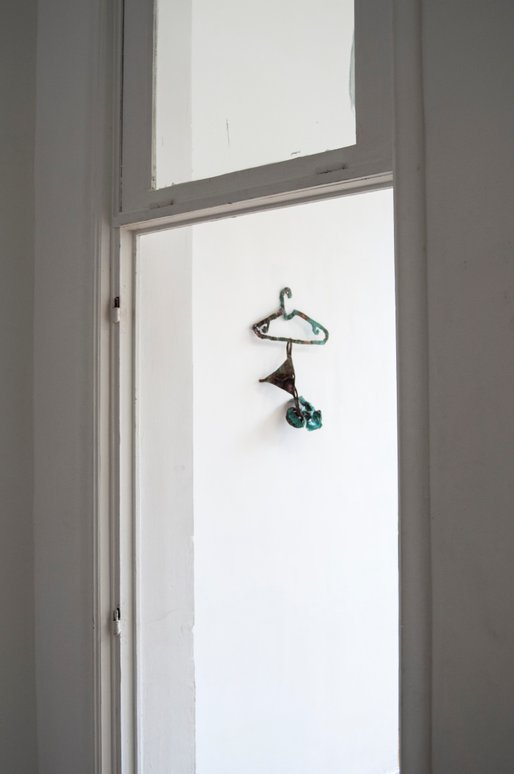 A lot of my work is rooted in a short story, a fable, myth, legend, sometimes fictional, that has little hints of autobiography in it, sort of magical realism.

The story behind “The Alley of the Universe” has as a central figure a vampire who grew up on a street called “The Alley of the Universe” situated in Transylvania. The vampire feels an overwhelming impulse, (other than the usual one, which is to go in search of blood) to look for discarded and forgotten ordinary  objects like cigarettes, spaghetti, a dirty tennis ball, broken bird houses and a pitchfork, among other things. Somehow all these ordinary things found themselves, unknowingly, first in outer space and then shortly thereafter falling to Earth, randomly, without reason.

Now mysteriously all these ordinary objects fell to sites situated near observatories around the world in cities like Jersey City, New York, Lisbon, Paris, Bucharest, Brussels. And on Earth the ordinary objects are suddenly alchemically transformed, covered in copper, statuesque, becoming really important pitchforks, bags, shoes, and most of all really important hangers. And interestingly enough after they all fell to Earth, these inanimate objects also became suddenly sentient, so they could not only think, but they could feel emotion and this unknown force that drove them to all come together in some way. Eventually they found each other in this new Alley of the Universe, living there happily ever after.