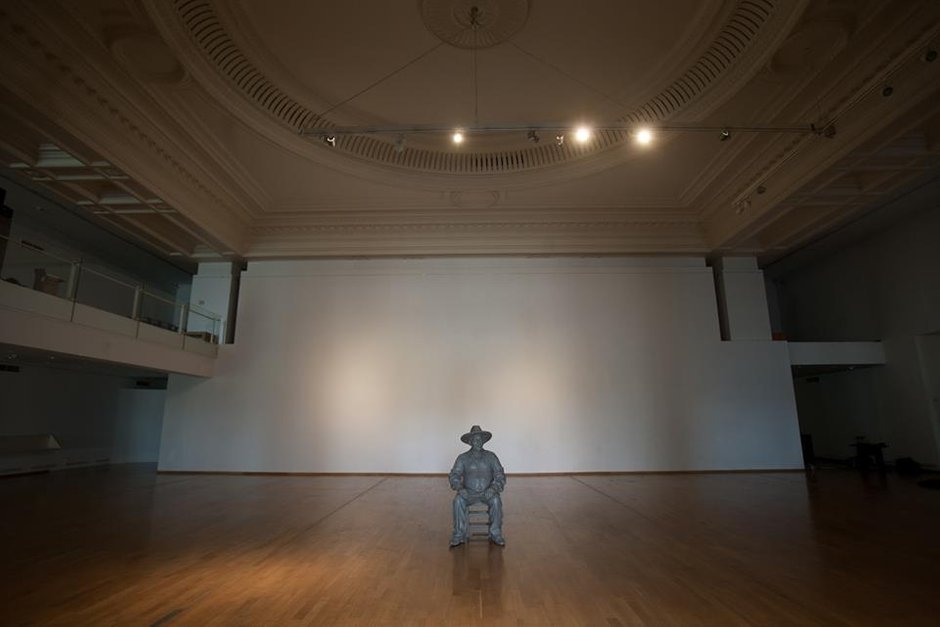 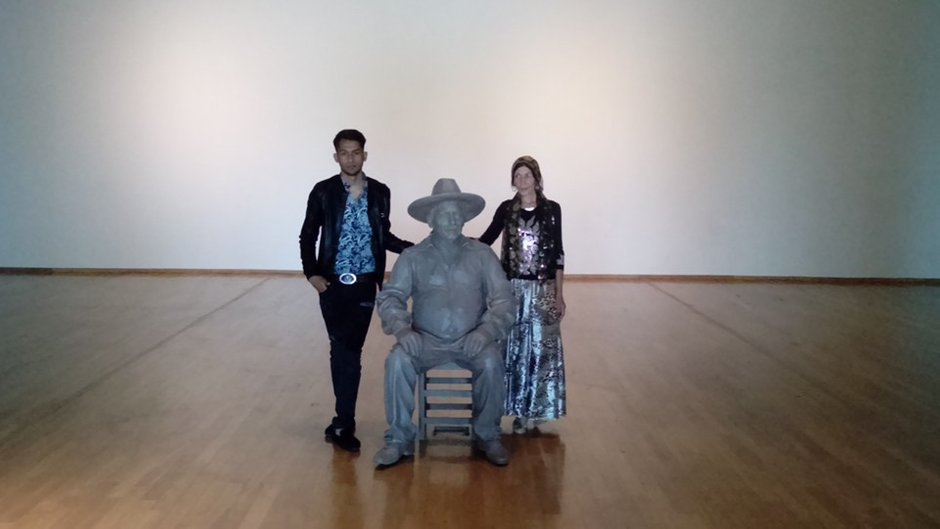 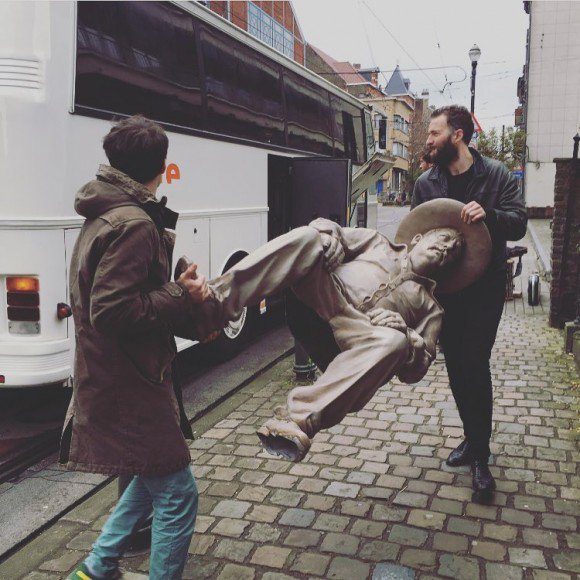 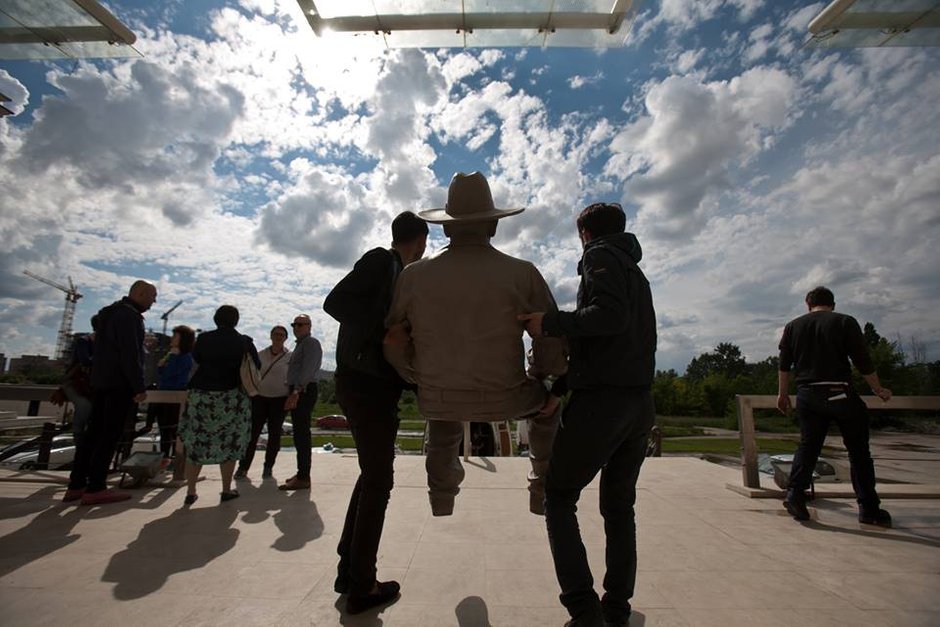 Tamango, From Brussels to Valea Plopilor - About the incarnation and transhumance of monuments Tamango is both the name of a man and of an open, generous and federating artistic project. The man is Tamango, Aurica's husband, a musician celebrated in his country for his purist approach to gipsy music. Tamango passed away in 2012. Out of the affection and respect they had for the figure of this free and generous musician, Bors & Ritiu, Marius Nedelcu and Claudia Radulescu, four Belgium-based Rumanian artists, have joined forces to realize a sculptural monument, paying tribute to Tamango and to what he stands for.

Detaining the aura of simplicity and joy, which characterised the singer, this sculpture is a sort of anti-monument. Simply seated, the effigy (modelled in clay before being moulded in a patina-coated resin) seems to be listening to the viewer, as if it were about to start singing. Through the identity of the character, its attitude and gestures, as well as through the way it will be activated and contextualised, this sculpture will function as a sort of nomadic monument, subverting all the usual paradigms of the genre. For the sculpture, modelled and created in Belgium, will festively depart from Brussels, from the Royal Academy of Fine Arts of the Belgian capital (ArBA EsA) on 28/04/2016, to travel throughout Europe, simply seated at the back of a car. It will arrive at Bucharest and, more precisely at its Museum of Contemporary Art, on 7 May 2016. From there, it will reach, at the end of a carefully orchestrated procession, its final destination, Aurica's garden in Valea Plopilor, a village at some 30 km from the Rumanian capital city.

All this processional journey, from Brussels to Valea Plopilor (which acts as a counterpoint to the migratory flows Europe is confronted to), will be at the heart of the documentary filmed by the Belgian director Koen Van Sande. In these times of nationalist crispations, the project offers, in a subtle if playful way, a strong generous and concrete plea in favour of the free, reactive and creative thought and speech. Beyond any form of divides, frontiers or compartmentalisations, it functions as a deeply human, generous, federating and committed artistic project. Like Tamango, the artist. The ArBA EsA, Brussels, and the Museum of Contemporary Art of Bucarest are very proud to offer their contribution and support to the project.