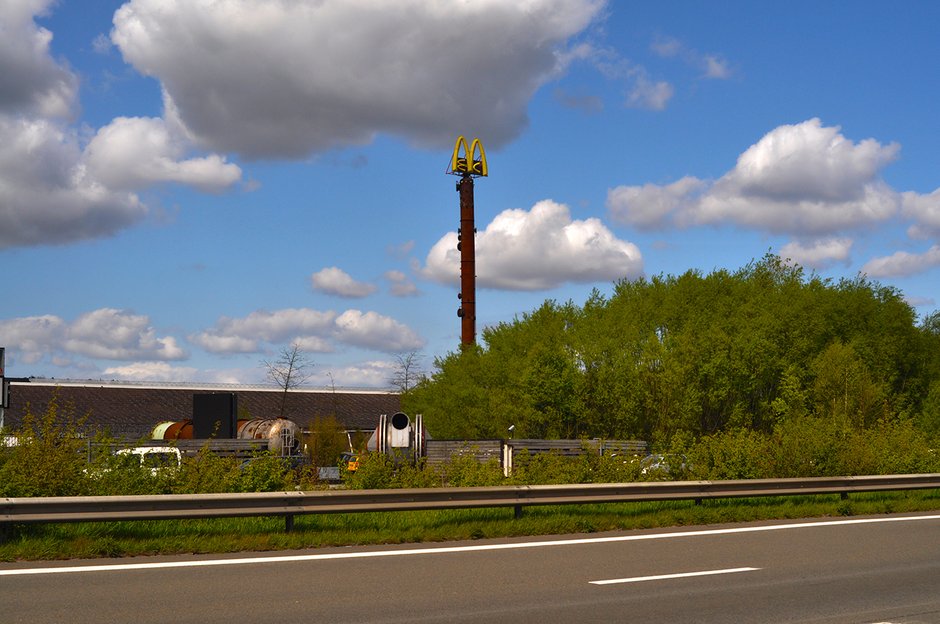 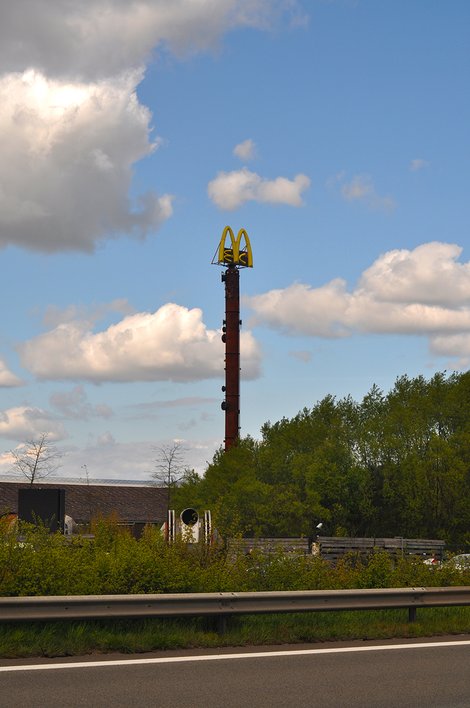 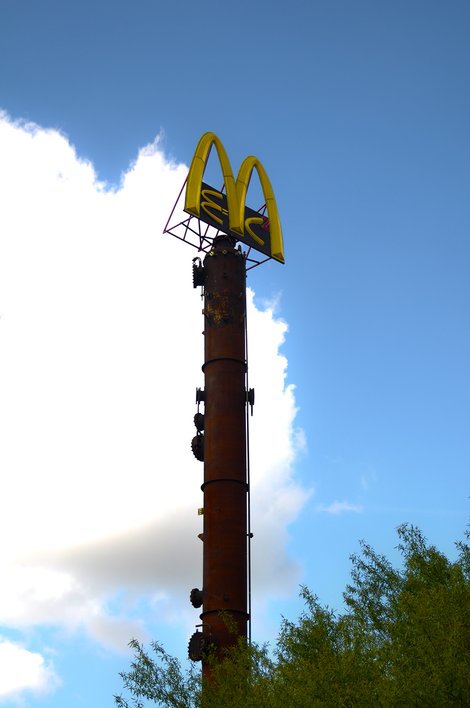 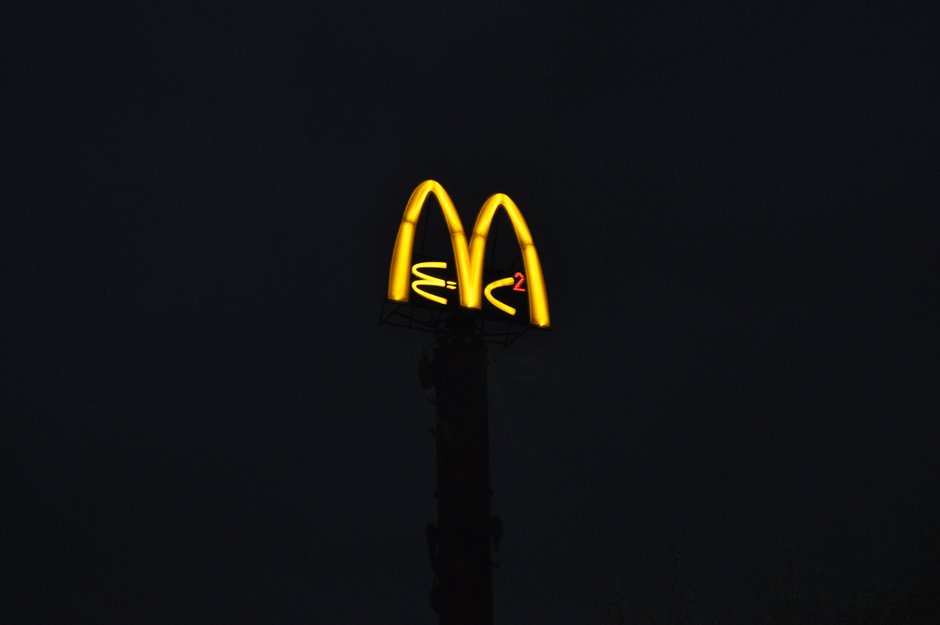 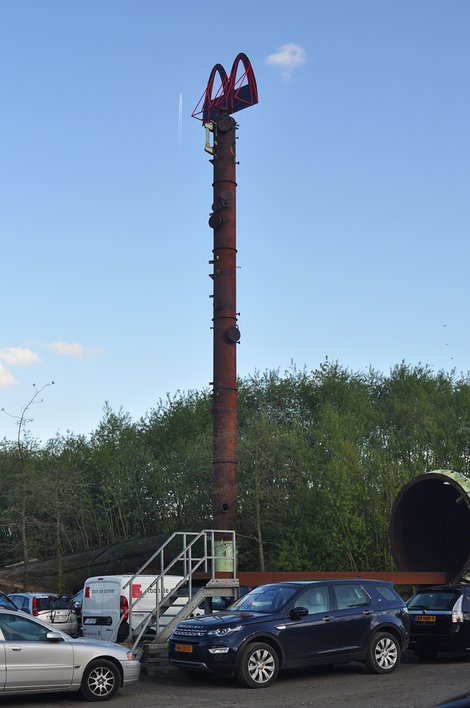 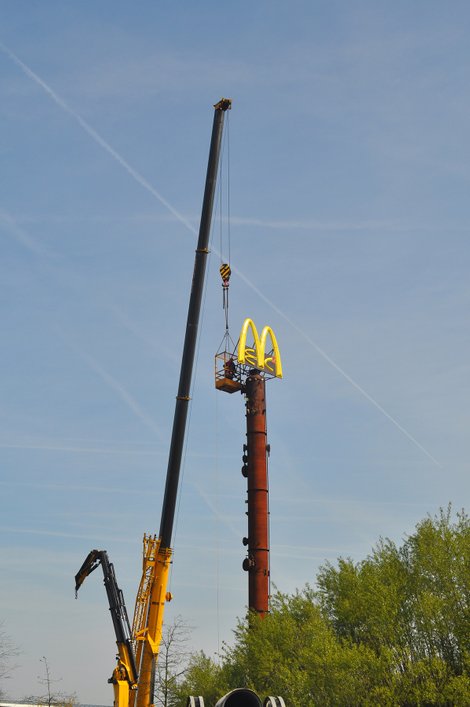 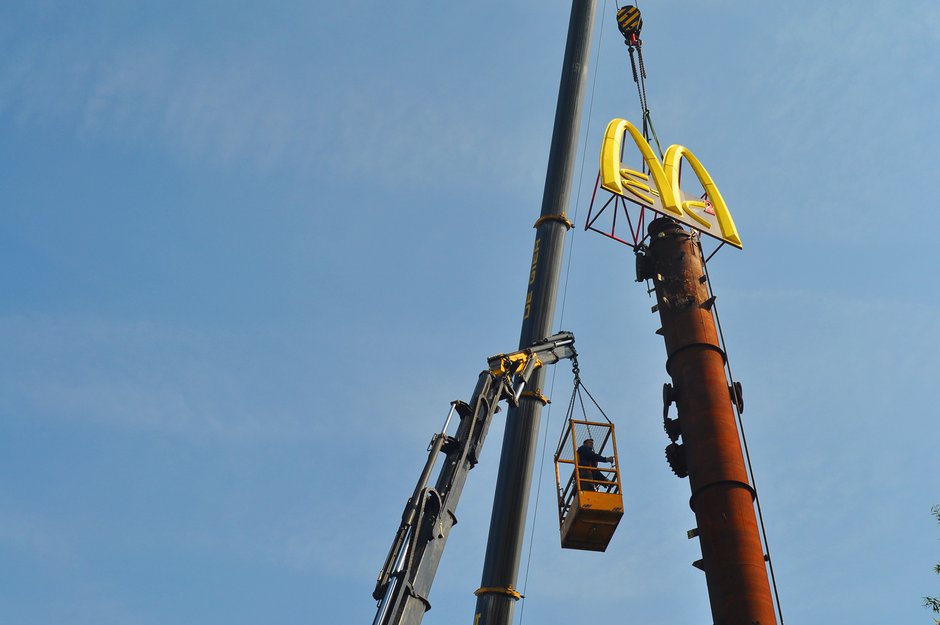 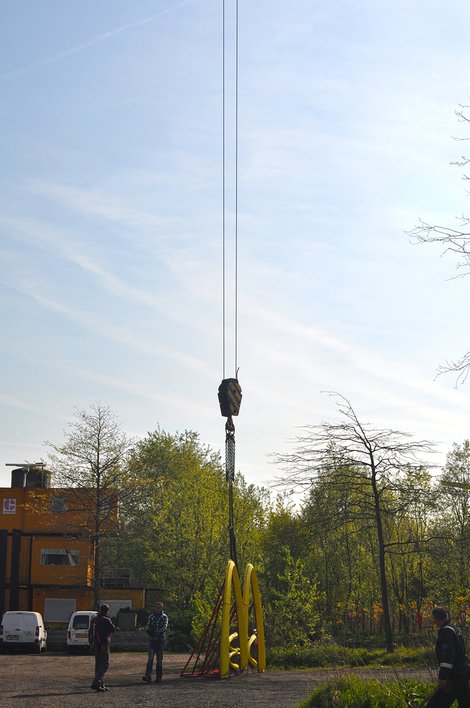 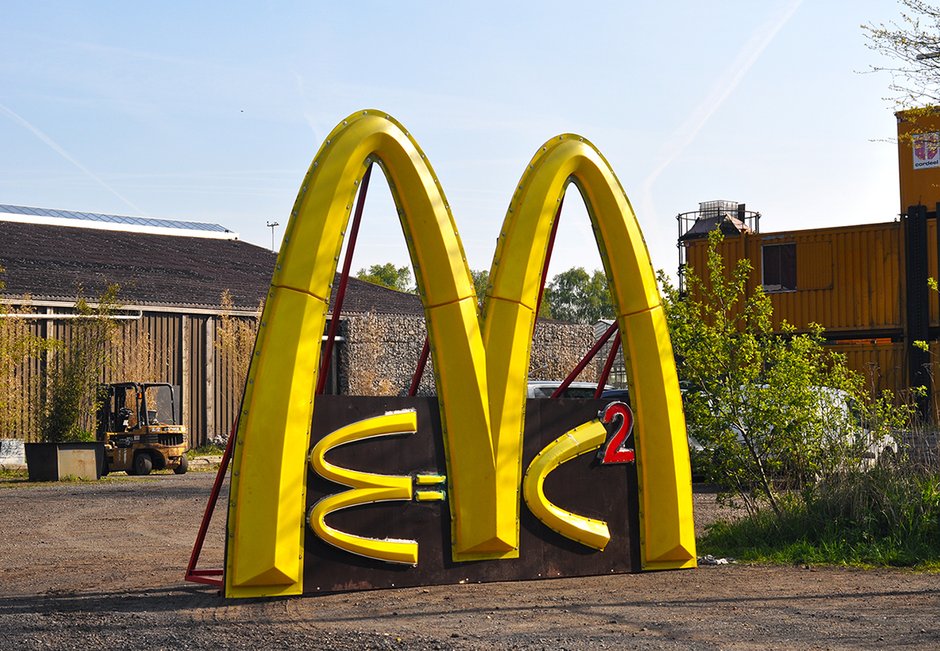 Historiography of icons is a peculiar subject: their appropriation hardly can be deemed off ideology. Marius Ritiu’s public sculpture at Verbeke Foundation originates from the chance, when the collector found three incomplete McDonalds light signs at a lightbox repair shop in Belgium. Strong iconography of one of the most recognisable commercial signs in the world creates very particular visual, social and political associations. In the linguistic tradition of conceptual art and following the subject of the artist's current research of the abandonment, memory and symbology in his native Romania, Ritiu strips the actual semantics of the sign and demonstrates the bare propagating power using the strategy of re-appropriation. In this gesture he achieves to stay in a fine position on the line of neutrality in regard to surface-laying ideological and activist struggles and exposes invisible layer of the power of language, symbology and association in visual culture: to watch is not enough to see.

Transformation of “MMM” into “E = mc^2” talks to the thousands casual passers-by via highway in a complex way and at the same time in a direct form. First, they are attracted by the recognisable symbol of feeding the masses with high nutritional (and questionable dietary) value at the low price. In the end of the day, we humans have a lot in common with Pavlov's dog. But a closer look at the familiar symbols reveals that their initial association had been subverted by something that is so much more fundamental and universally revelational, but at the same time taken for granted and therefore almost invisible. Albert Einstein genius turned the world upside down less than a a ago and laid the foundation to the world we are living in now. Equalisation of "food for masses" with "science for masses" is one of the core promises of revolutionary avant-garde, both then and now. Ritiu's sculpture brings this proximity to a climax and does what the art ought to do: disturbs the comfort of the mundane normality of the horizon of Antwerp's neighbourhood.

There is nothing beyond language, said Jacques Derrida. But there is a limitless flow of potentiality to be unlocked in the language codes by those who dare to challenge the familiar and have the courage to question conventional meaning and become creators of the alternatives.