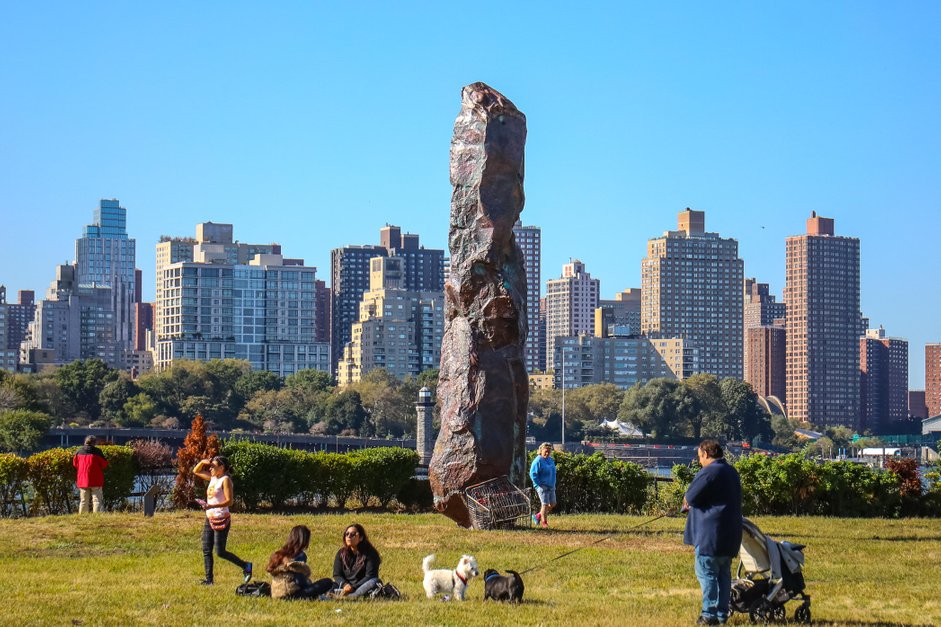 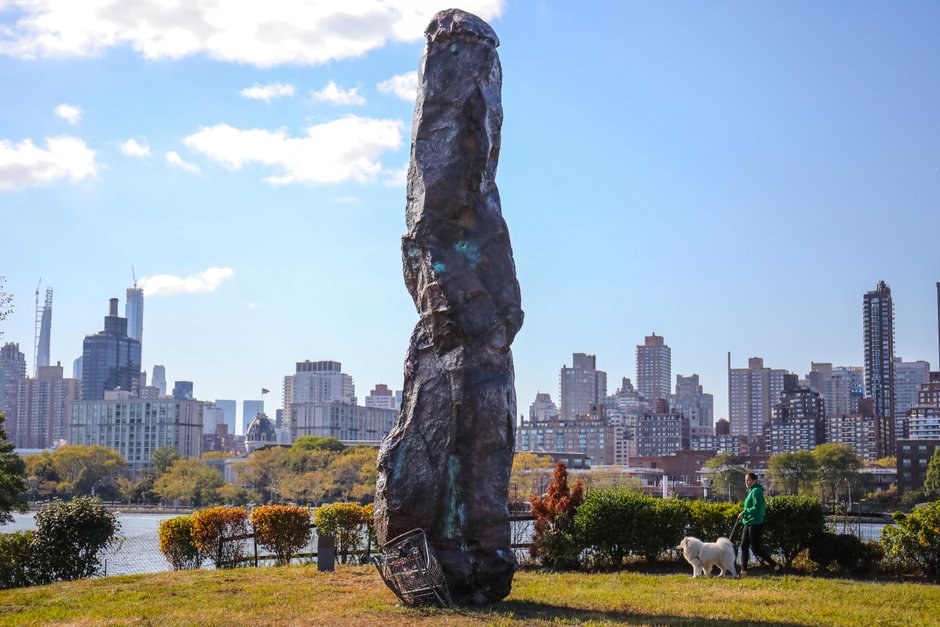 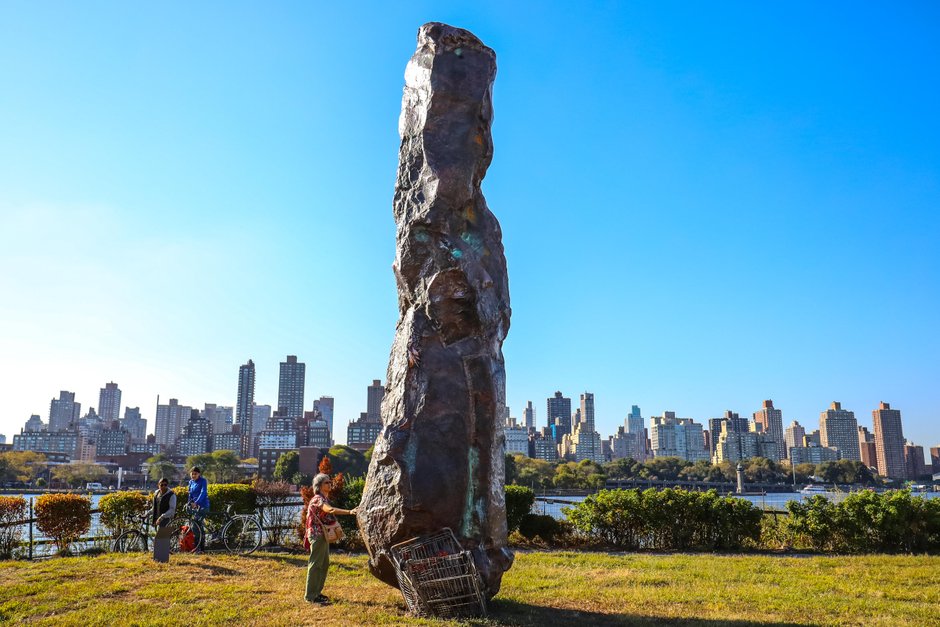 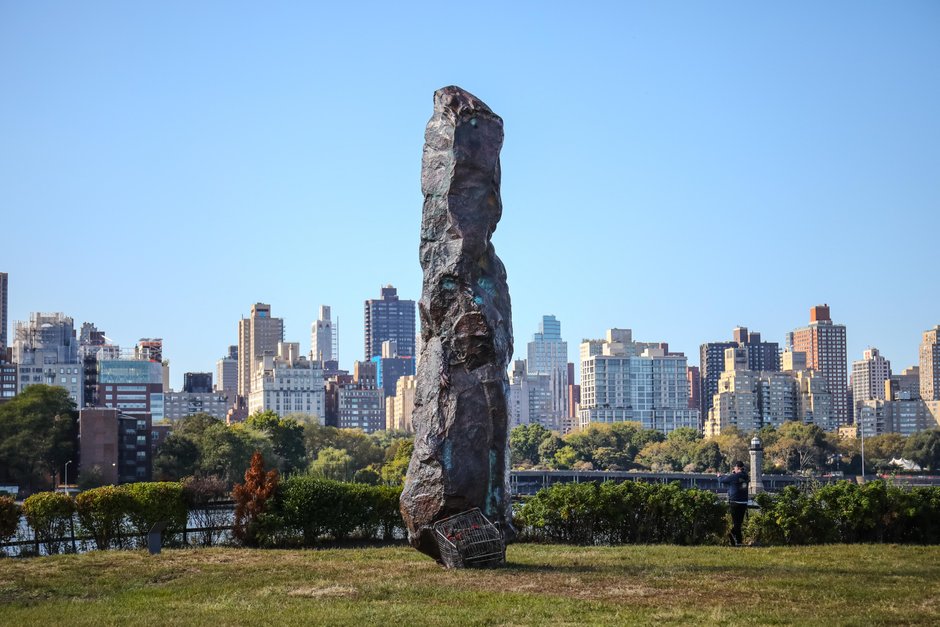 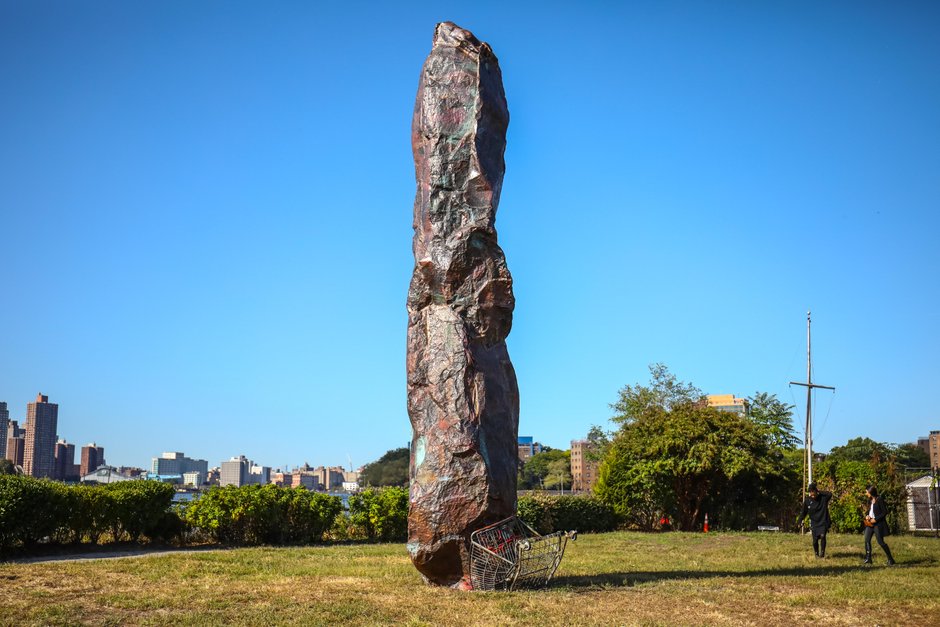 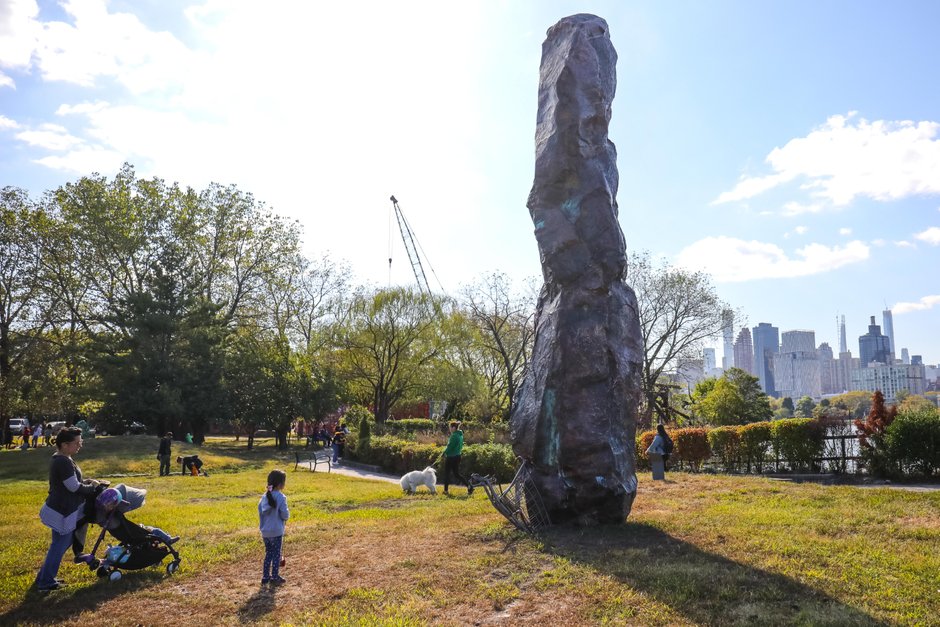 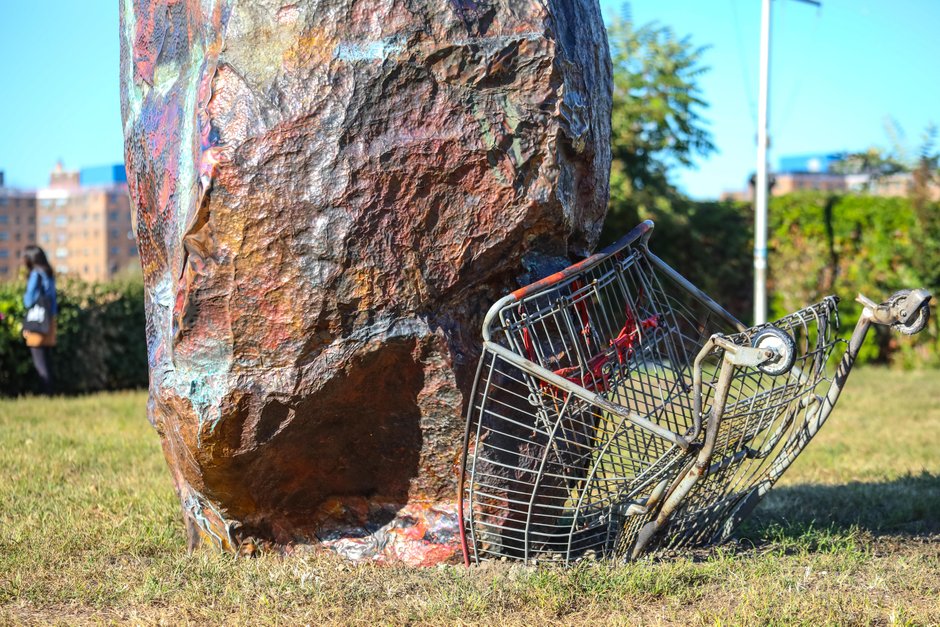 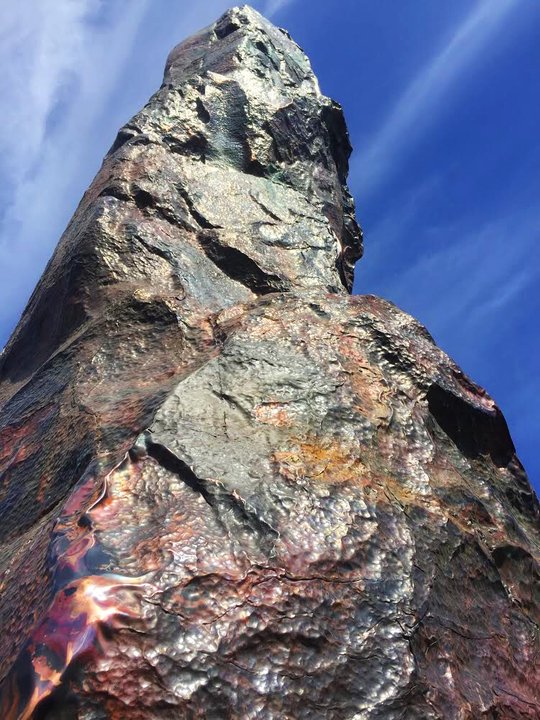 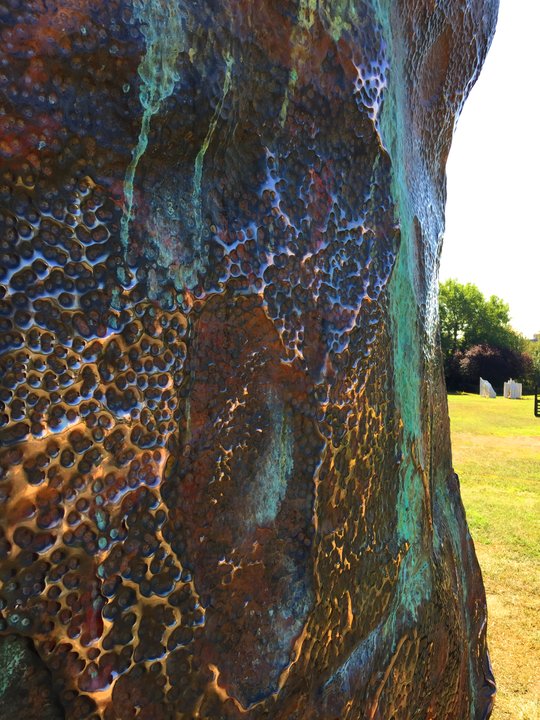 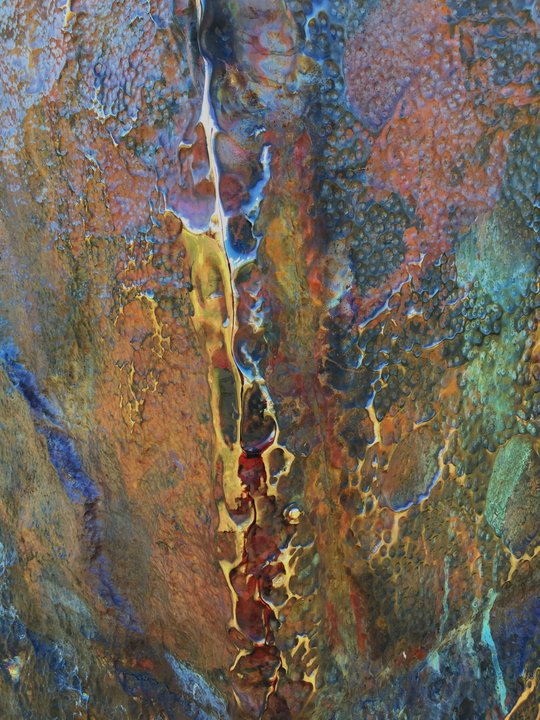 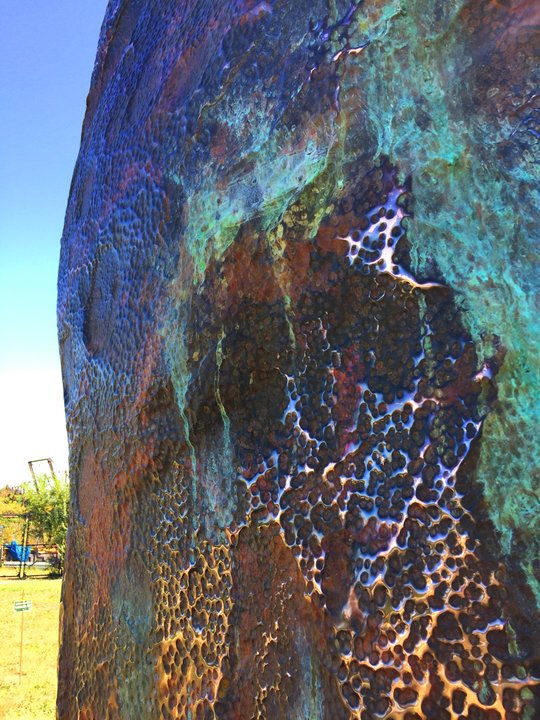 I was walking with my friend Florian somewhere around the South of Antwerp on a Monday night looking for nothing, when we came across a stone. The stone was sitting still next to an enormous and immensely beautiful and perfectly healthy tree that had been recently cut down by the local authorities for whatever trivial reason. On it was written “I’ve been murdered” in black marker scrawl. The sky was pitch black. You could see the “Big Dipper” about to pour some hot star soup above our heads and the streetlights were casting anthropomorphic shadows through the rough silhouette of the motionless rock. We left.
The evening star was flickering, and then the morning star shined through a clear blue sky. I found a shopping cart in the garage next to my studio, probably belonging to Jean, the owner of the building. I asked Florian if he could join me to go get my rock. We pushed the rusty trolley through the neighborhood. Once we reached the spot we started throwing ideas around of how we could get the 200 kg mineral into the shopping cart. After 10 minutes of clumsiness spent under the surprised gazes of those passing by, we tilted the trolley and rolled the rock inside. 1,2,3, and it was in! Now start pushing! We managed to roll our heavy acquisition outside the park to the sidewalk where we tried to be as inconspicuous as possible. As cars were passing by, we kept on rolling on the sidewalk. At one point we decided to cross to the other side of the road. The moment the front wheels rolled down from the sidewalk onto the road, the balance was lost and all of a sudden we were both staring at the fallen shopping cart in the middle of the street. Luckily enough, a police van slowed down and the two police men sitting inside, were looking through the window with raised eyebrows at the two of us trying to get the stone back into the shopping cart. They drove off without giving us a hand. It took us about a half an hour more to push the trolley back to the studio, where I started turning it into a meteorite.

It was on a Wednesday afternoon, right after I managed to unpack my 2 bags that I’ve been traveling with from Antwerp to Paris and then from Paris to New York. Paul, my friend at whose place I’m staying, situated in Brooklyn, told me that he has just seen a giant stone on the street, next to the sidewalk, a couple of blocks away. It took me about ten minutes to get there where to my surprise a giant stone, the size of a car was just waiting to be picked up by a crazy enough person. I went back the next morning and I talked to some of the workers who were busy reconstructing the pipeline. They told me that they dug up the boulder from under the sidewalk a few days before. It was the universe whispering: “it is yours… you came at the right time… take it…” So that’s what I did. I asked the guys if I could have it. They said (laughing): “Of course, take it now if you want…”. It took me about 10 minutes to convince them that I was serious about it and showed them some photos of the previous one which I covered in copper for Sisyphus Gallery in Antwerp. They liked it and asked if I would use the same technique on this one. I explained them that I will have to cover it as well in copper during this summer at Socrates Sculpture Park if they were kind enough to bring it there for me. They agreed. The only problem was that the weight was about 10 tons, more than any of their machines could handle. Nevertheless, they managed to find a solution and within some days, the boulder travelled through New York, from Brooklyn to Queens, where l started turning it into a meteorite.

Marius Ritiu’s 'Rock and Roll (Sisyphus – Part II)' is a towering oblong hammered-copper rock sitting in a Costco shopping cart that the artist imagines as a meteorite fallen from interstellar space. Inspired by a surreal chance encounter with an outlying boulder on a street in Antwerp and its subsequent rescue by shopping-cart, the artist re-creates a similar scene at Socrates. Mottled with various glimmering patinas of blue-greens, pinks, and browns, the rock evinces an alchemical and otherworldly aura.