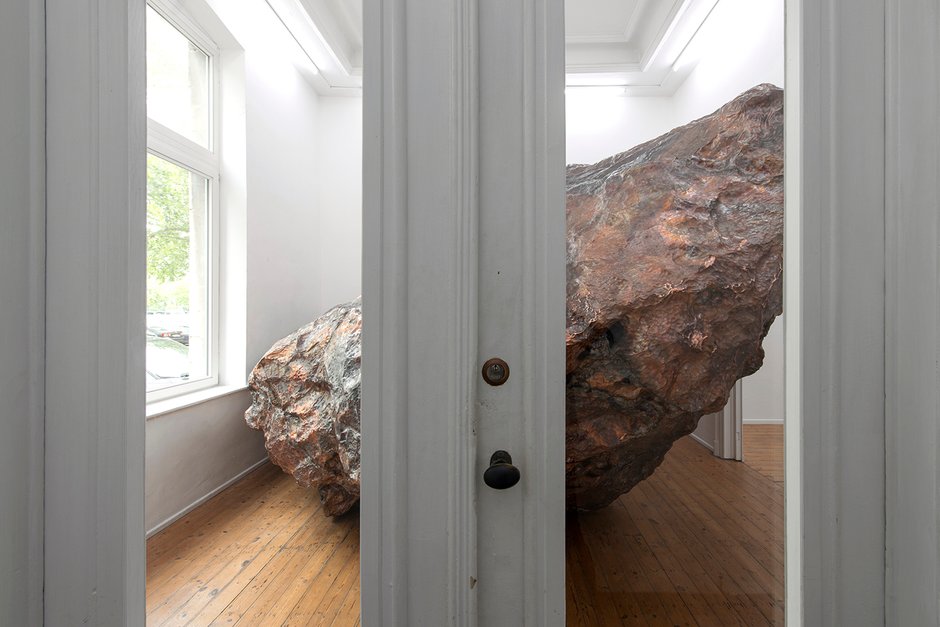 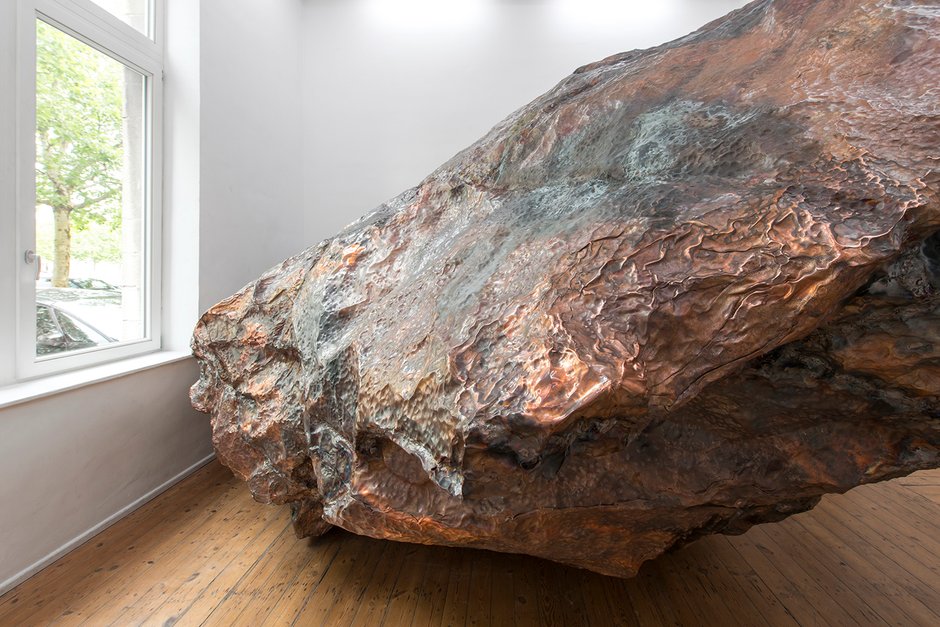 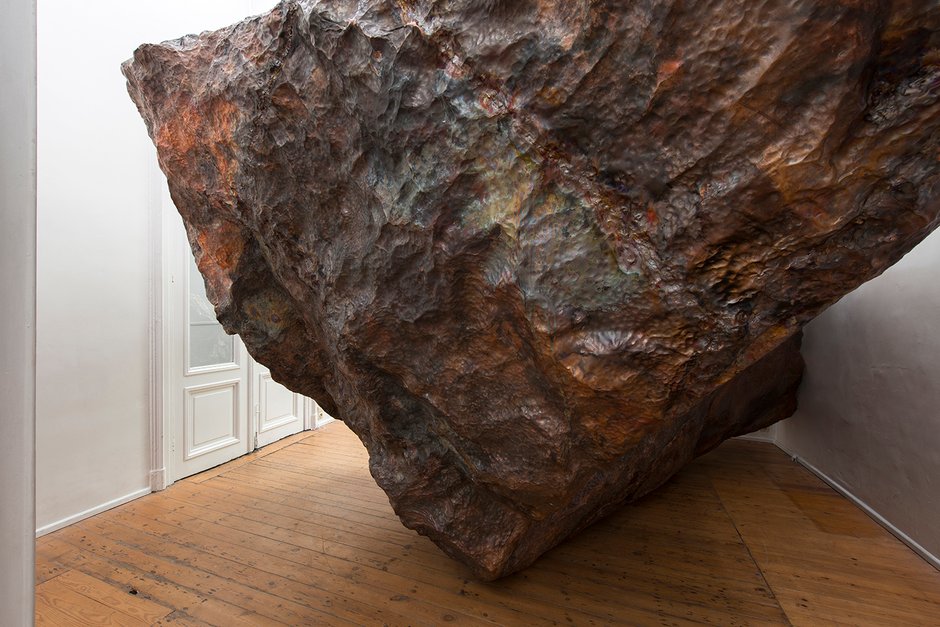 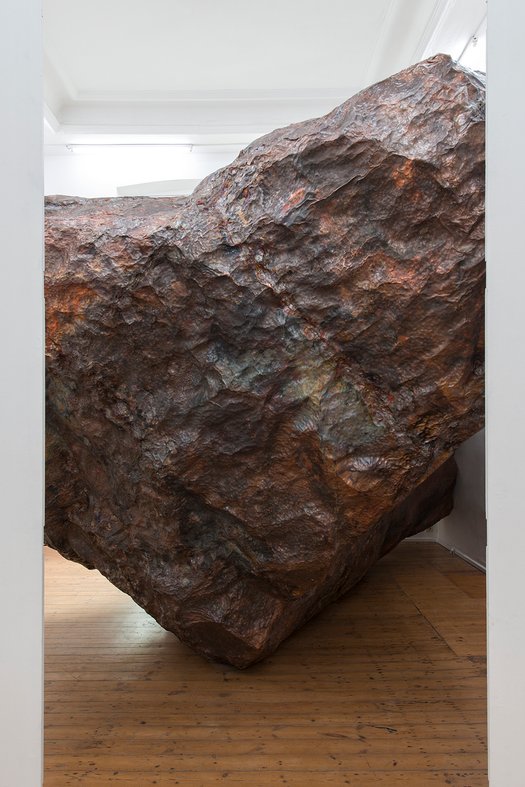 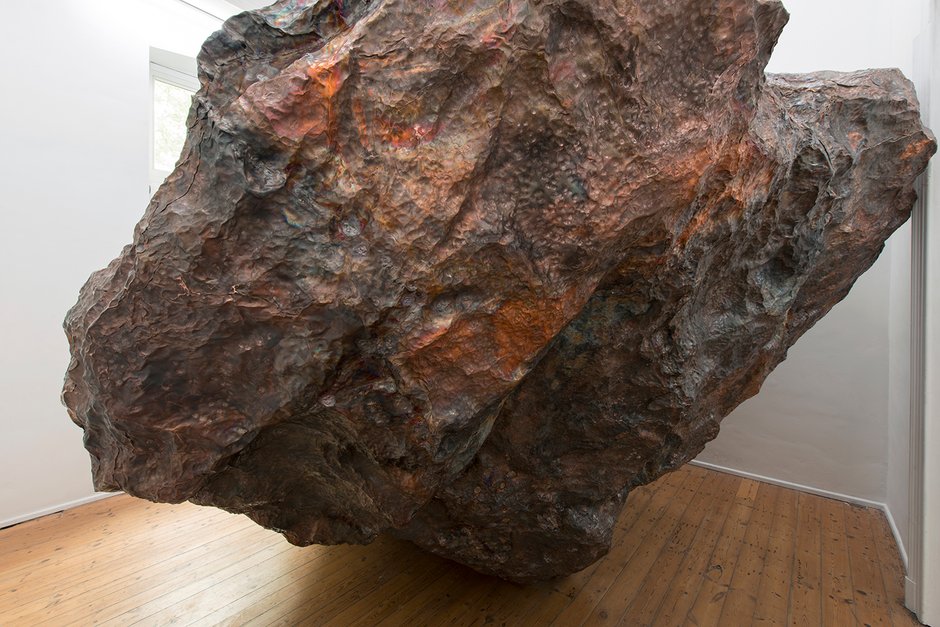 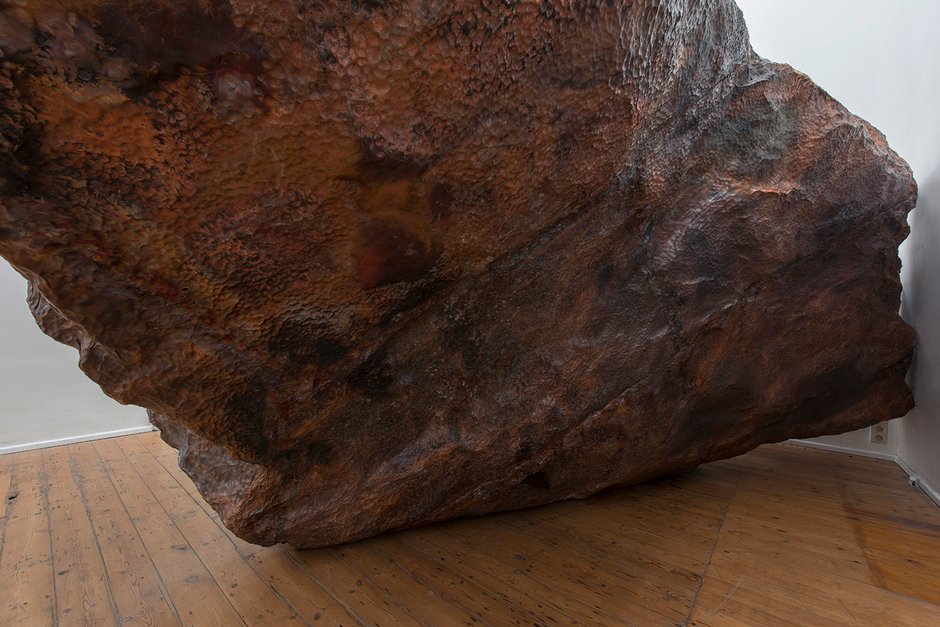 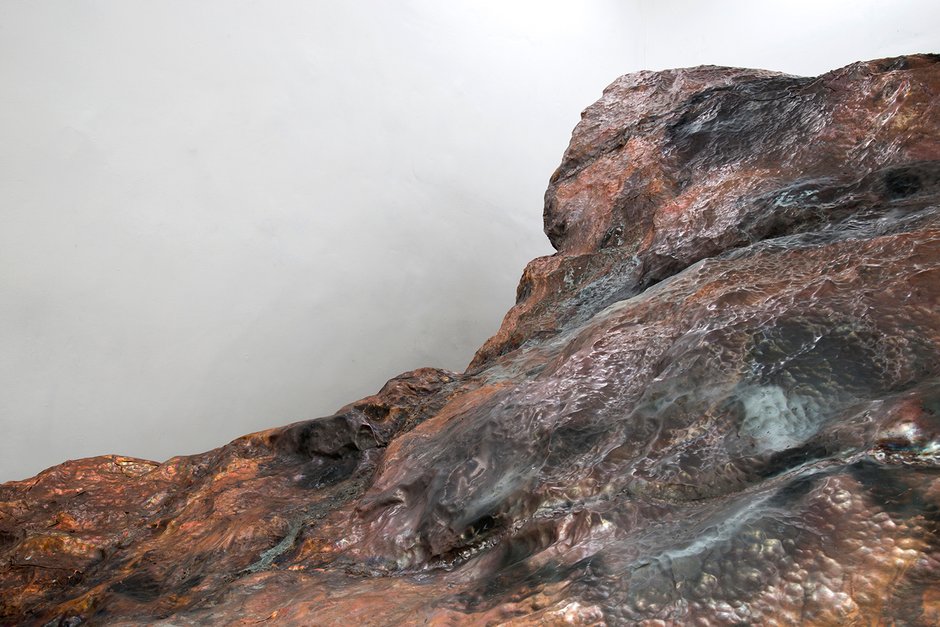 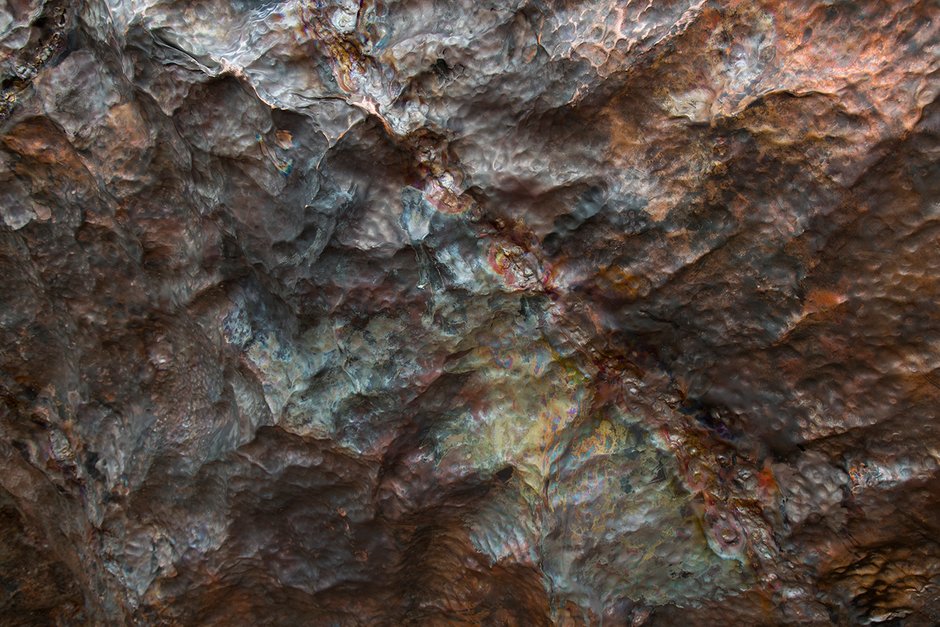 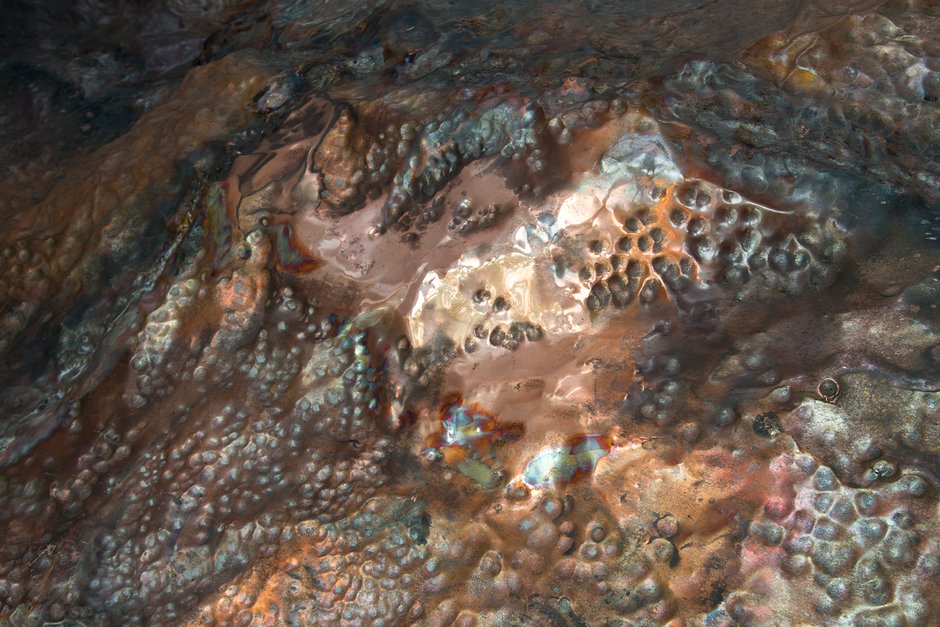 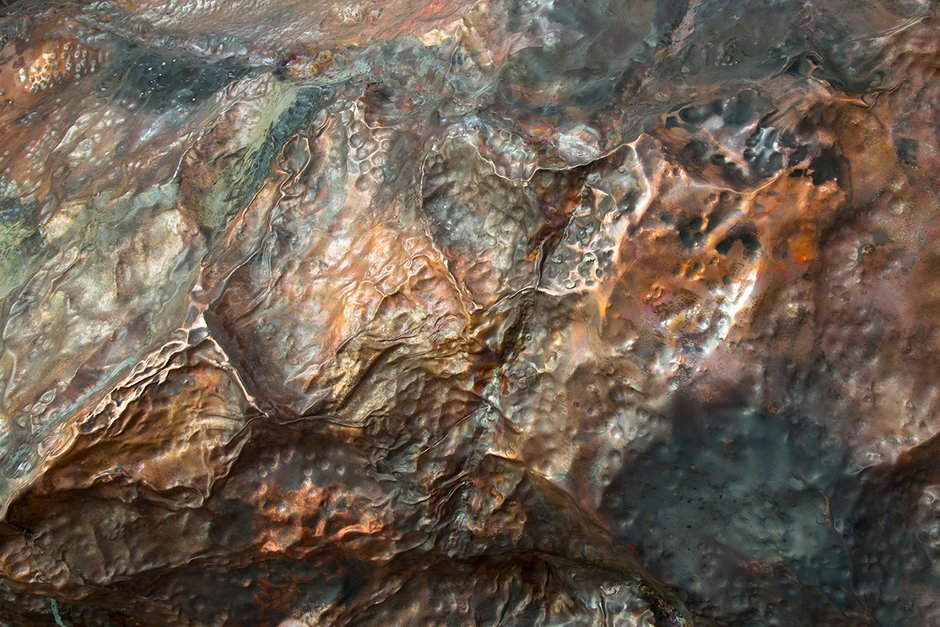 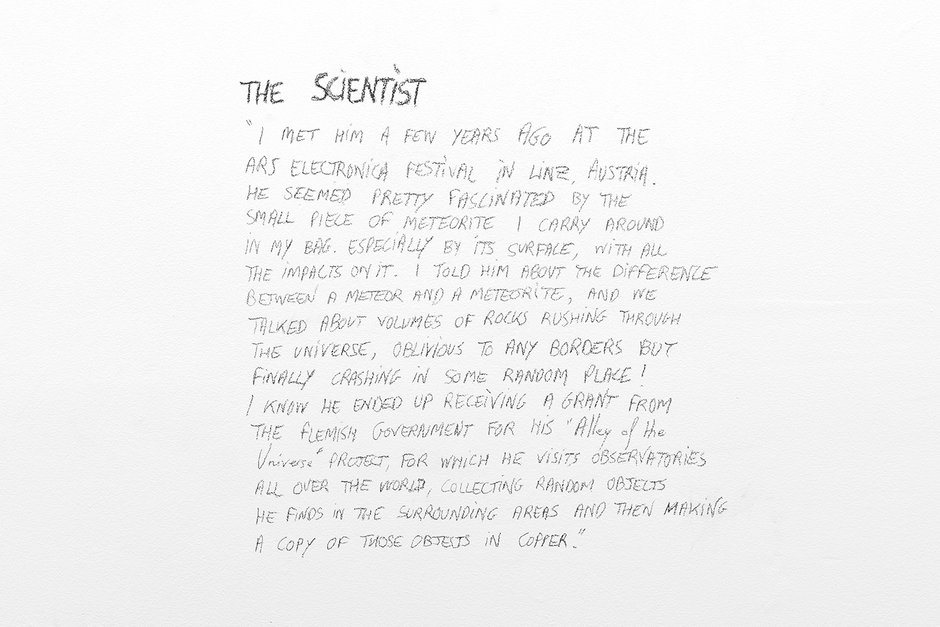 Yes, I remember him. It was not so long ago ... It was a few weeks ago, wasn’t it? He was in a truck with a huge wooden crate.
There were other guys with him. They were all Romanians . Everyone had 10000 € in cash on him. We often see this: the
10000 € do not necessarily belong to them but the law forbids to cross the border with a bigger sum. Whenever there’s a custom
check, the ones carrying too much money ask those under the limit to take a couple of bills for them... But it’s those huge copper
plates in strange shapes in the wooden box that intrigued me and made me check their identity. He told my colleagues it was for
an art project in Belgium I think. We went back to our car and checked him out online. We googled him and found out he was a
famous sculptor. That’s the only reason we let them go without kicking up a fuss...

I like him... and I like his work! To tell you the truth, I bought one of his sculptures recently. And I gave him one of my paintings,
a small canvas on which a vampire is kissing/biting the neck of a young girl. I love the way he always corrects people when they
call him a Romanian artist! Though the way he tells people he’s a Transylvanian artist is more than just a joke. Seriously though,
I’m convinced he is a great artist, who will make big things. (Laughs). He does actually! I helped him store his copper plates
before they were moved to Belgium. I told him I would love to buy the piece if the galleries he works with don’t manage to sell it
to a museum or a collector... But I really hope they will!

When he asked me if I knew some places with big rocks for his project in Antwerp, I told him a story I would otherwise have
completely forgotten. His idea to bring a stone, or its reproduction in copper, from Transylvania to Belgium made me think
of a funny but true story of the Communist time, here in Romania. As you may know, the dictator paid regular visits to farms
and factories to control the quality of the production in “his” country... The dairy farmer in the area wanted to increase the
quantity of milk produced by his cows. One of his friends had once told him about Switzerland and the positive impact of the
environment (mountains and rocks) on the cows’ milk production. As you can see, the land is pretty flat out here and there aren’t
any mountains within 150 kilometers... So what the dairy farmer did was to order huge rocks to be transported on his land! This
little anecdote kind of explains the title of the show, Milky Way...

Man stands face to face with the irrational. He feels within him his longing for happiness and for reason. The absurd is born of
this confrontation between the human need and the unreasonable silence of the world.
*Albert Camus, The Myth of Sisyphus and Other Essays

I used to see him late at night playing chess. He was completely exhausted from the hours he spent mounting his meteorite,
hammering and welding... But he was still alert enough to win some games! I went to his duo exhibition with Kiluanji Kia
Henda, The Alley of the Universe, at DMW Art Space in Borgerhout. I really liked the vampire sculpture and even asked how
much it was. I’m still thinking about it! (Laughs).

In Greek Mythology Sisyphus was the king of Ephyra. The Gods punished him for his self-aggrandizing craftiness and
deceitfulness by forcing him to roll an immense boulder up a hill only for it to roll down when it neared the top, repeating this
action for eternity. Sisyphus was famed as the craftiest of men.

He came to me in January If I remember correctly. I told him about my idea of launching a new gallery for every new exhibition.
He blamed me for the absurd amount of energy it would cost, or told me how stupid it was to destroy everything that had been
built the past five years. We nevertheless quickly agreed on having an exhibition/creating a gallery together, with a huge meteorite
filling the space of the gallery (luckily it’s not too big!)... Using Sisyphus as a name for the gallery was logical for both of us, as
a metaphor for the artist who always has to start from a white page for each new project, but also for me as the owner a gallery
always starting from scratch.

I met him a few years ago at the Ars Electronica Festival in Linz, Austria. He seemed pretty fascinated by the small piece of
meteorite I carry around in my bag. Especially by its surface, with all the impacts on it. I told him about the difference between
a meteor and a meteorite and we talked about volumes of rocks rushing through the universe, oblivious to any borders but then
finally crashing in some random place! I know he ended up receiving a grant from the Flemish government for his Alley of the
Universe project, for which he visits observatories all over the world, collecting random objects he finds in the surrounding areas
and then making a copy of those objects in copper.

When I met him for an article in a Belgian newspaper, he insisted on how story telling plays an important role in his artistic
practice. He went out of his way to describe the piece’s entire production process. I could feel this project was a really special
adventure for him. When I asked him about the reasons behind his choice of copper, he told me not only about some of his
previous projects in copper but also about how scientists call copper the “red metal that connects the world”. Without copper,
no chips or smartphone, no worldwide communication. Copper is in his eyes a material as valuable as any other precious metal
because it transcends political borders. But at the same time, he added with a smile that his meteorite wasn’t only made of copper,
but also of silver, since the rods he used to solder the 25 plates were actually made up of 5 % of silver...

We saw him arrive one day to ask if we would have time to help him hammer a huge amount of copper plates on a stone. We had
nothing better to do for the amount of money he could offer us, so we did it. He said he would stay with us to work on it too, and
indeed he did. I don’t know anything about art, so I’m still not sure I really understand the essence of his project but he looked
happy when I told him the way we were hammering the plates on the stone reminded me of the epidermis of meteorites...

I knew he was a trouble-maker from the moment I saw him. Working in a quarry is everything but fun. It’s dangerous, loud,
dusty. So when I saw him visiting the quarry looking for the right stone for an exhibition in a contemporary art gallery, I
immediately told him to leave the quarry. He said he had already been to five quarries in a 300 km radius and that the rock he saw
in our quarry was the one he was looking for. That didn’t make me change my mind. I don’t know how but he managed to get
in touch with my boss and get permission to work on his project. He paid a few beers for the workers who helped him move a
huge rock of about 10 tons with a crane. They let him work for two weeks on the rock. Sunny weather, rainy weather. They just
continued. All of a sudden, I decided to blow up a pit with dynamite only twenty meters far from his rock covered with plates.
You should have seen his face! He was so afraid that his work would be damaged that he built a wooden construction to protect it
from the impacts of the explosion. But the real risk was that the rock could have fallen in the pit!

I was waiting outside of the gallery when I met him, peeking through the window as I tried to get a glimpse of him. -instalation
was already at full swing- His presence in the room was overwhelming, the setting was cold and alien. I couldn’t tell where he
could come from, but still he felt vey familiar. Wondering, how could a meteorite make me feel this way?

This project would not have been the same without the help of: